Posted on Tuesday 31 January 2017 by Gareth Prior

We are back on the Seaton Tramway for today’s view from the archives as part of Picture in Time with no. 6 the tram being featured.

Originally built in 1954 as a single deck toastrack for operation in Rhyl (a condition it only ran in for a year) the double deck 6 we know today came into being in 1956 when it was rebuilt for operation in Eastbourne. The 1956 version is the same style as that 6 can be seen in today with the lower deck in crossbench style and an open top but initially it only ran like this for six years when in 1962 it received small saloons at each end. 6 was rebuilt again in 1989 back to the open crossbench style on the lower deck and despite its advancing years continues to be used regularly at Seaton.

This image shows 6 whilst it had the enclosed saloons at each end of the lower deck and was taken at Colyford in September 1981. Not only has the tram changed since this photo was taken but Colyford has also seen some development in the past 35 years with a much tidier scene today. 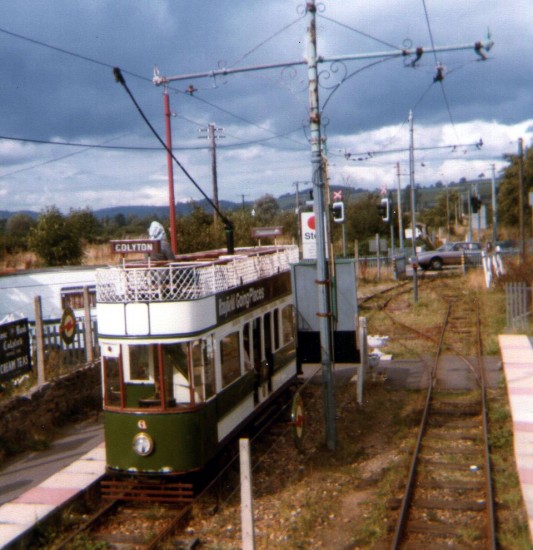