The weekend of January 28th & 29th saw the first heritage tram tours of 2017 operating in Blackpool, with the now familiar ‘Gold’ service in operation to start the year with a bang! This ran to the usual pattern with a total of six different trams running per day, mostly between Pleasure Beach and Bispham or Little Bispham with additional journeys to Fleetwood and a variety of other destinations spread out across the day.

With the power in Rigby Road depot still isolated due to essential repairs to the roof being in progress, every tram required for service had to be towed onto Hopton Road at the start of the day, and then shunted back into the depot after service. For this reason there was limited opportunity to extract trams for cleaning prior to the event, but this did not detract from the general enjoyment of the occasion.

Saturday 28th January saw a quartet of Balloon cars comprising 700, 713, 717 and 719 all in use along with Railcoach 680 and Box 40, which performed the very first heritage tour of the year with the early morning departure from North Pier to Little Bispham. The first Fleetwood tour of the year should have been worked by Brush car 631 but sadly this tram suffered an inverter fault before leaving the depot, and was replaced by Balloon 713 which had to start its first trip from North Pier rather than Pleasure Beach due to the delayed departure from Rigby Road. Otherwise the day went very well in spite of mixed weather. An added bonus was the appearance of Bolton 66 which made a brave sight on the promenade thanks to being requested for a private hire, this being an unusually early outing in the year for the 1901 veteran.

Sunday 29th May saw better weather with a sunny start to the day, and a similar output with cars 680, 700, 713 and 717 all running again, this time joined by Balloon 723 (a late addition to the day’s lineup after car 718 failed with a door fault preventing its use) and ‘HMS Blackpool’ 736 which was the first illuminated feature car to run in service in 2017. Of interest, 713‘s use on both days means that it has already run as much this year as it did in 2016! This tram retains its much-admired advert livery for the Houndshill shopping complex for the time being although presumably this will be removed at some point in the future, possibly paving the way for a repaint?

Heritage tours will now operate every weekend throughout February, and indeed until the end of the illuminations – a very long season and a feat that is quite incredible when you think back just a few years to how little use the historic tram fleet saw. Further gold events will be held on ten more weekends over the course of the year ahead, details of which can be seen in our events diary and on the usual websites. 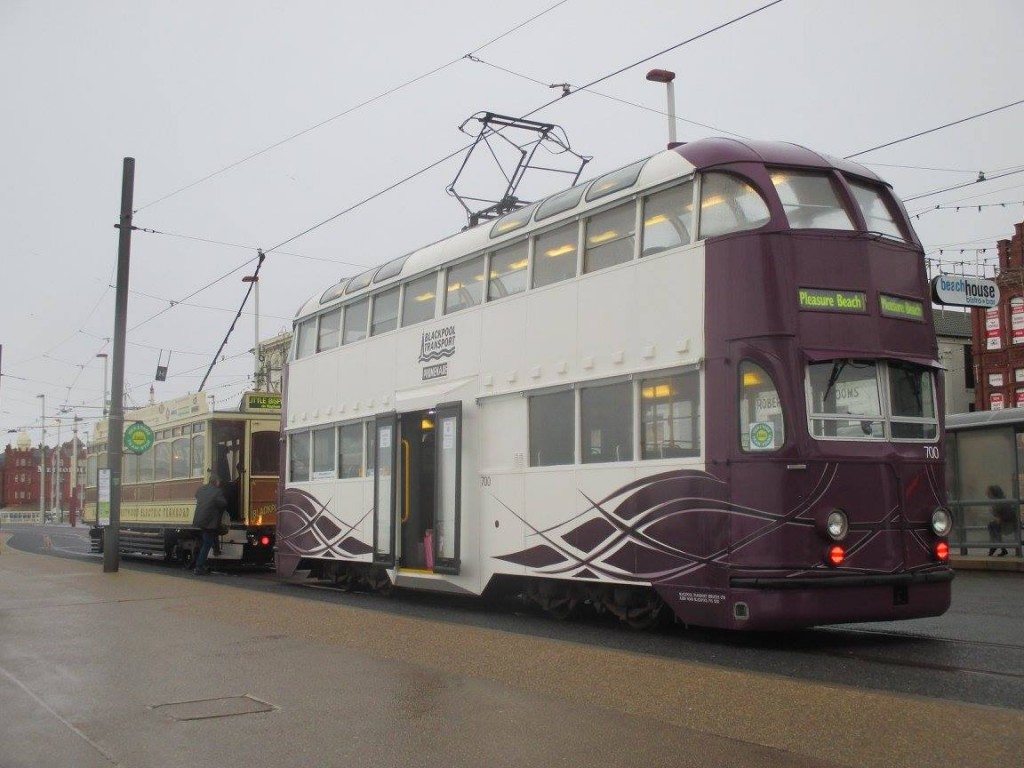 The start of the 2017 season for heritage tours on the morning of 28th January, with cars 700 and Box 40 both awaiting trade at the North Pier tram stop prior to undertaking their first journeys of the year. 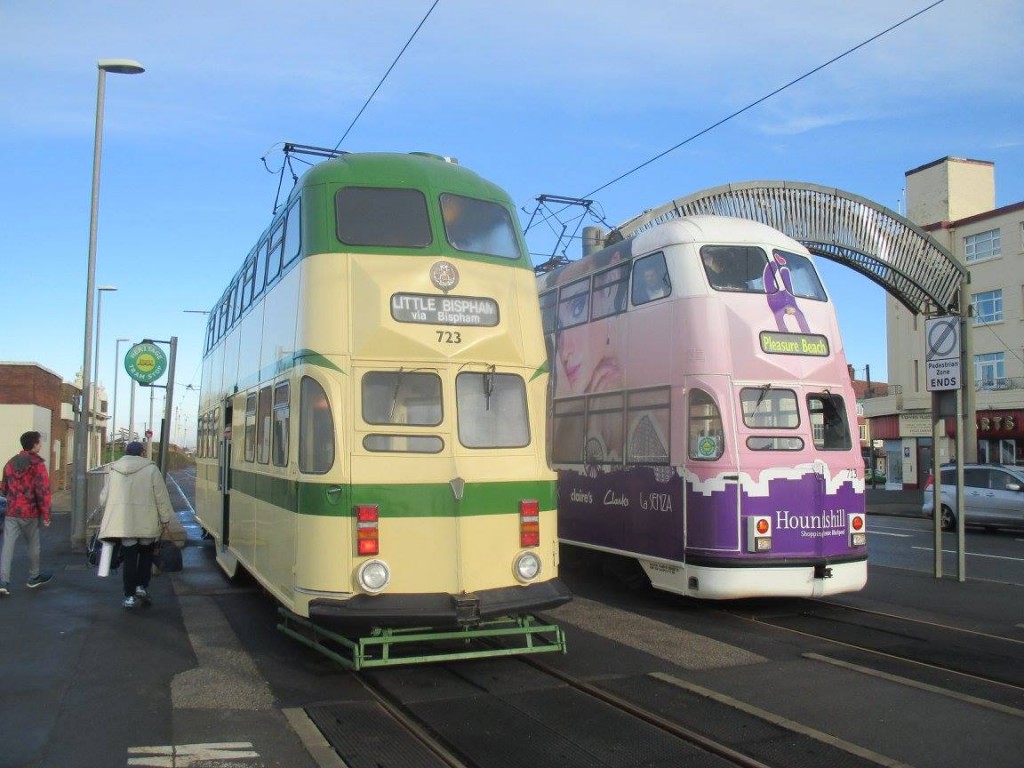 Balloon bliss in the winter sun on 29th January with 723 and 713 passing at Bispham in their contrasting liveries. (Photos by Rob Bray)