A small yet welcome change has adorned a number of Blackpool’s traditional trams for the start of the 2017 operating season. Since the heritage service was revived with a more frequent service and volunteer crews in 2015, trams have carried notices informing would-be passengers that they operate a limited stop tour service, in an attempt to help confused people differentiate them from the modern LRT trams.

Initially the ‘Limited Stop’ signs took the form of a basic white card with prominent black lettering which was usually placed on the windscreen of a tram operating heritage tours. This did its job well as it was noticeable, but arguably spoilt the look of the trams slightly, especially older cars such as Box 40. However, for 2017, new notices have replaced these using a more traditional style. The replacements are coloured green and look much more attractive. The only downside is that they are harder to read from a distance, but with customers seemingly getting more and more used to the role played by the heritage fleet, hopefully the notices are less important now and the older ones have served their purpose in helping the public get used to the concept of the heritage tours and their dedicated tram stops.

The new signs definitely befit the overall image of heritage trams far better, making them a welcome sight in the cab windows of several trams already this year. 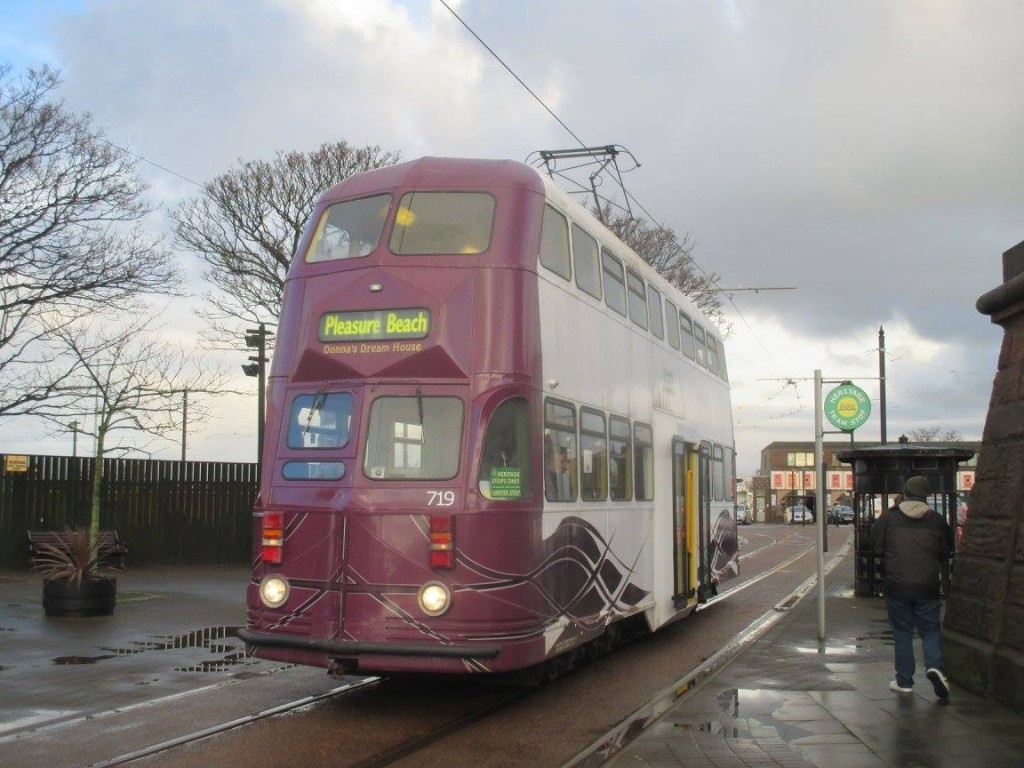 Although not technically a member of the heritage fleet, B Fleet Balloon 719 is seen modelling the new 'Limited Stop' notices, with one clearly displayed in its cab corner window. The tram was captured at Fleetwood on 28th January, the first day of heritage tram operation for 2017. (Photo by Rob Bray)