Posted on Sunday 20 November 2016 by Gareth Prior

Some two and a half years after Edinburgh Trams opened final preparations are now underway for a new stop to be opened with the first trams due to stop at Edinburgh Gateway within the next month. Edinburgh Gateway is located between the public stops at Gyle Centre and Gogarburn and will provide an interchange with Scot Rail services on the Fife Circle supposedly providing easier access to the Airport for passengers travelling from the east of Scotland. In this photo update we take a brief look at the current site with photos from Alasdair McFarlane. 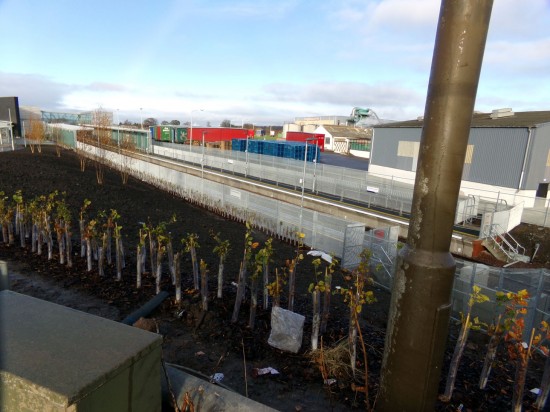 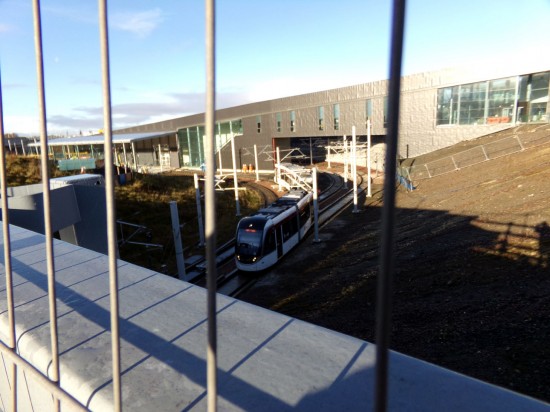 255 heads for the city as it passes through Edinburgh Gateway. The tram stop can be seen in the background – with full canopies provided in contrast with the rest of the network - with the tracks on the right leading to/from Gogar Depot. (Both Photographs by Alasdair McFarlane)

5 Responses to In Pictures: Final preparations underway at Edinburgh Gateway