The first Bombardier Flexity2 type tram in the world, Blackpool 001, has finally returned to traffic following a lengthy lay-off. Following its unveiling to the world at a lavish ceremony 11 months ago, 001 became a fairly common sight over the winter on testing and training runs, before finally entering normal passenger service just before Easter 2012.

However, after just a few weeks of service, 001 was sidelined for unknown reasons and then spent several months hidden out of sight inside the new Starr Gate depot complex. During this time various parts were borrowed from the tram in order to keep its sisters on the road, as is common practice when any tram spends an extended spell off the road. However, 001 then made a very welcome return to traffic on Thursday 9th August and has now settled down into regular use. It is not obvious what work has been done to the car over the past four months, although it is thought that some modifications were required as it was considered inferior to the later cars in some ways.

Unfortunately 001‘s lengthy absence doesn’t seem to have helped it immensely, as on 11th August the tram was noted in service with a defective door at one end which refused to open. Hopefully this was a one-off fault and Blackpool’s first Flexity tram can now settle down into regular and reliable service alongside the remainder of the class. Incidentally, this means that fifteen of the type are now serviceable, the odd one out being 002 which remains under attention in Germany. 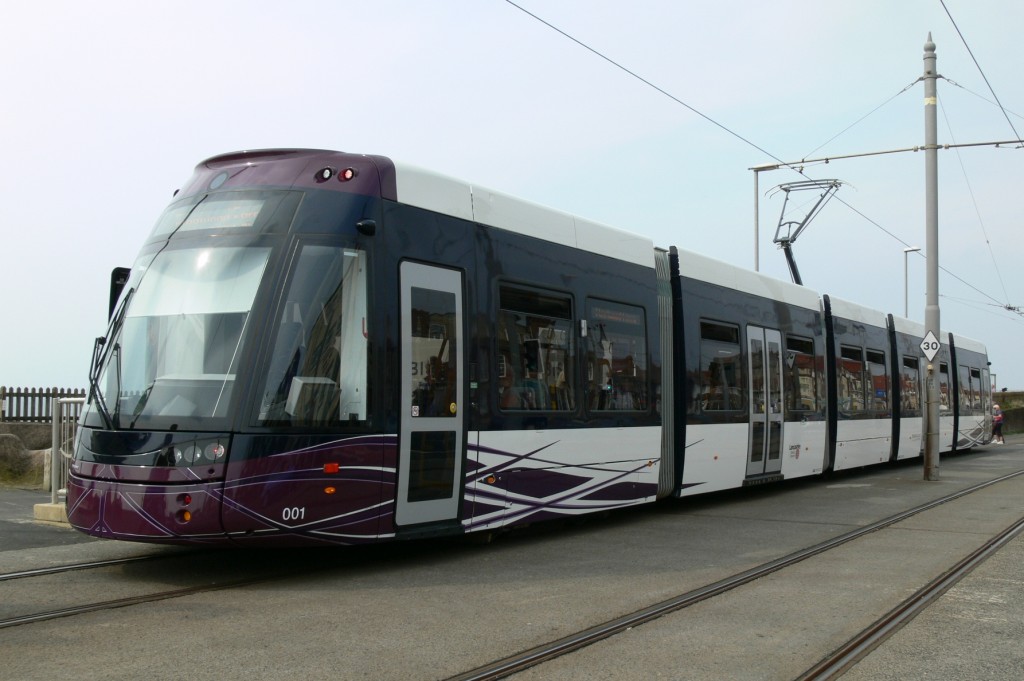 Seen at Bispham just a few days after re-entering service, Flexity 001 is seen looking very smart on a northbound journey. This is one of a declining number of Flexities which remain advert-free. (Photo by Andrew Waddington)