Posted on Saturday 23 July 2016 by Gareth Prior

Midland Metro services have been disrupted this week following an overhead line problem in the West Bromwich area. Despite original reports suggesting that this was weather related Midland Metro have since said the problems were not caused by the heat. The problems started from 1730 on Tuesday 19th July with a full service not able to resume until Thursday 21st July once repairs had been fully completed.

The problems occurred on the northbound line just after Dudley Street on the short section from there to the road crossing. The problem was on the main power feed cable (parallel feed cable) with the casing of this coming away. Initially the service was fully suspended before a revised service was introduced – for any passengers wishing to travel the whole length of the line they would have to catch three trams and go for a walk.

Normal services ran from St George’s to Black Lake from where passengers had to walk to Dudley Street. A shuttle tram service (initially 31 but later changed to 22) then ran through to West Bromwich Central where passengers had to change once again with the normal service running to Grand Central. Repairs were undertaken after 2200 on Wednesday 20th July (with trams at this time only running from St George’s to Black Lake). These repairs were successful and a full service resumed from the start of service on Thursday 21st July although for a time trams could only run to Priestfield due to a Road Traffic Collision (RTC) on Bilston Road. 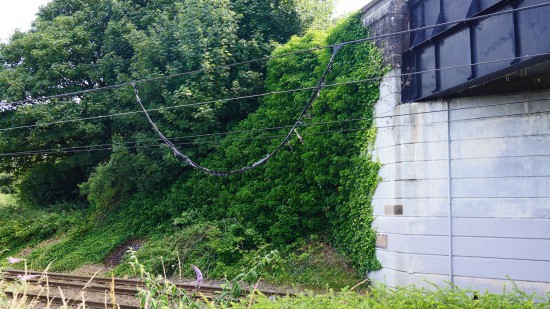 A close-up view of the errant cable section. 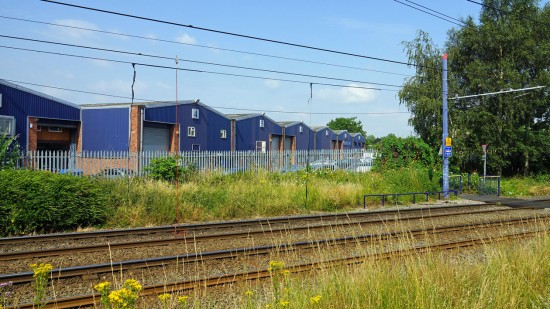 Another view of the affected section with the maintenance crew on site to repair the problem. 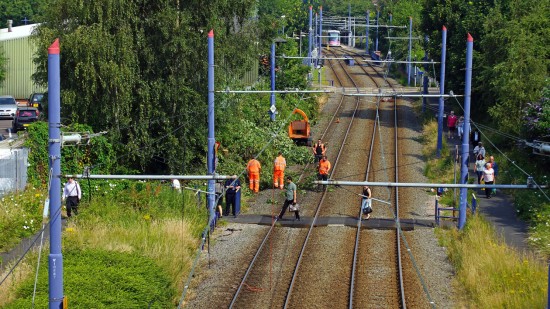 Passengers were forced to walk between Black Lake and Dudley Street to continue their journey as shown here. Maintenance crews remain on site with the bushes and trees at the side of the tramway being cut back. 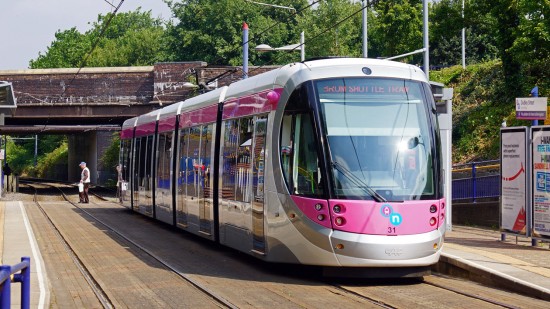 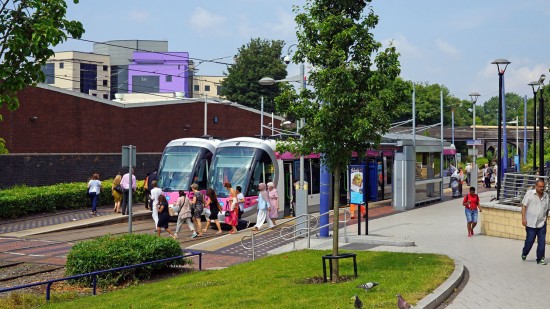 Having reached West Bromwich Central passengers had to change trams to continue their journeys. (All Photographs by Andy Walters)