Posted on Saturday 28 July 2012 by Gareth Prior

Work to turn the Fleetwood Heritage Leisure Trust’s Blackpool Brush 290 into a star for the 2012 Blackpool Illuminations is continuing with the special Diamond Jubilee livery approaching completion at Kirkham Prison.

As reported previously 290 is receiving a white and gold livery in the traditional Blackpool railcoach style including the side flairs. Although criticised in some quarters this livery is starting to look very smart indeed after several months of hard work at Kirkham Prison by members from the Fleetwood Heritage Leisure Trust alongside inmates at the prison. Following the completion of the paint work it is planned that the Illuminations team will add lighting, student designs and vinyl logos to the tram next week before it is moved into place at Pleasure Beach during August. 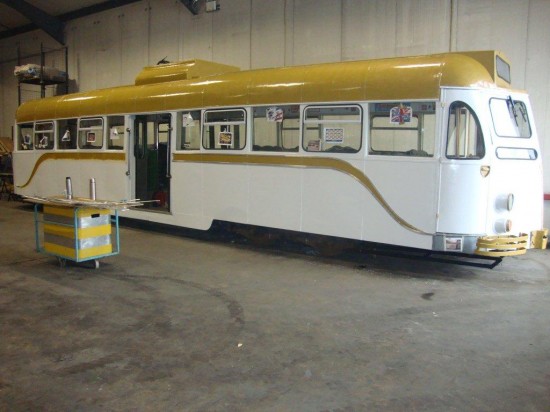 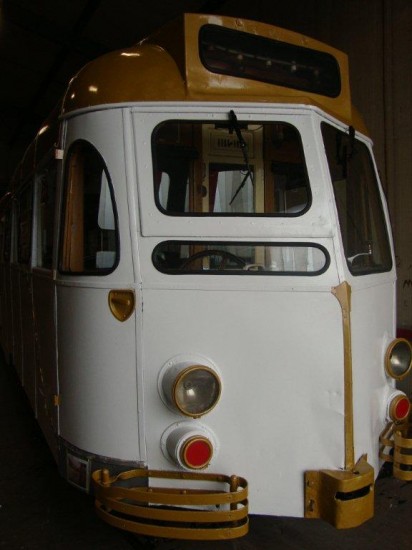 A front on view of 290. (Photo courtesy of Fleetwood Heritage Leisure Trust) 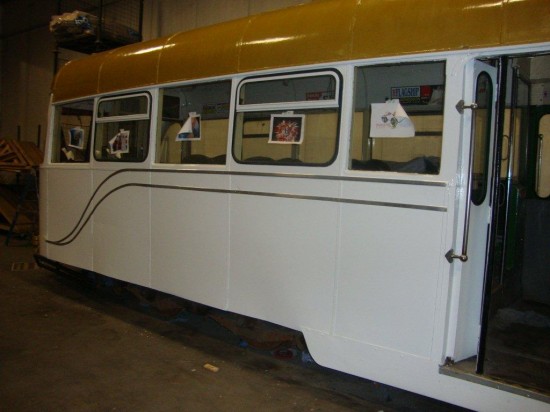 This end of the tram still requires the filling in of the flares but the outline can be seen here. Also note in the windows the students artwork which will be installed in each window soon. (Photo courtesy Fleetwood Heritage Leisure Trust)