Good Friday, 25th March, saw the temporary opening of a new stop on Midland Metro with the newly located Birmingham Snow Hill stop welcoming its first passengers. With further preparation works for the opening of the extension through to New Street Station taking place over the Easter weekend the current terminus at Bull Street was closed and rather than use St Paul’s as a terminus again the decision was taken to use Snow Hill – or at least half of it anyway.

Not wishing to keep going on about how long it has taken for the new stop at Snow Hill to be completed despite the many months since the closure of the original Snow Hill terminus (and the opening of the line through this stop in December) the stop is still not completed with construction work still ongoing. Over the weekend only one of the platforms will be open to the public (the normal inbound stop) and as from Tuesday services will again miss out Snow Hill and run through to Bull Street to terminate.

On departure from Snow Hill the trams ran wrong line through to St Paul’s where they used the wrong platform, although there was no obvious signage for prospective passengers to let them know they needed the other platform! The passenger information displays at all stops were also saying that trams for Birmingham were going to Bull Street and despite significant publicity ahead of the closure there were a number of passengers waiting for a tram at Bull Street despite the obvious work taking place on the tramway. 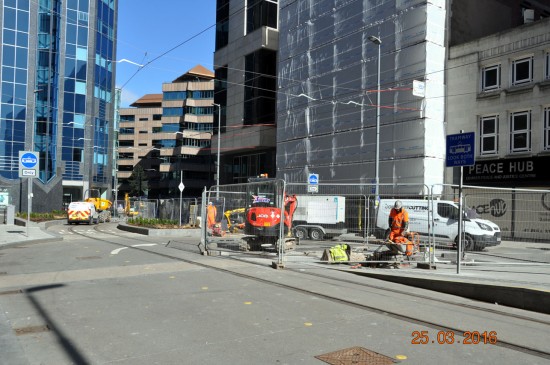 This is the approach to Bull Street where the line is clearly blocked as work on the concrete takes place. This, however, didn't prevent passengers from waiting on the platform for a tram! 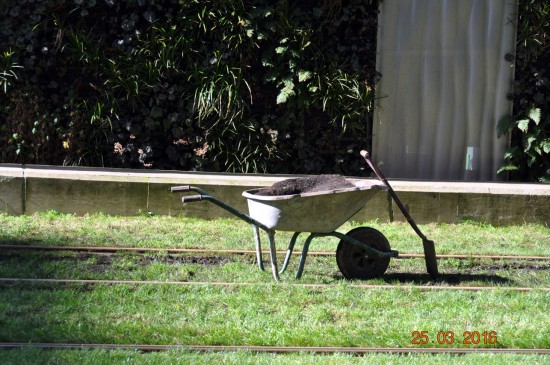 With no trams the chance was also taken for some gardening on the turfed section of tramway! 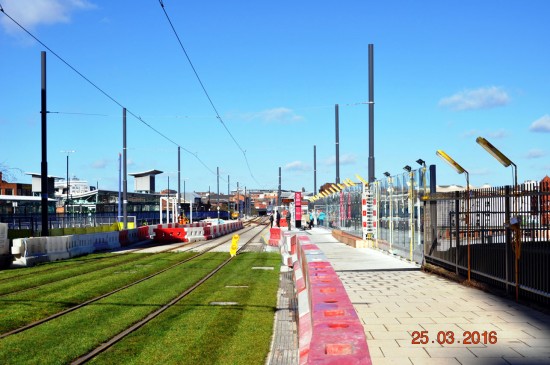 The new Birmingham Snow Hill stop - still far from finished and which doesn't currently have a direct link to the railway station. 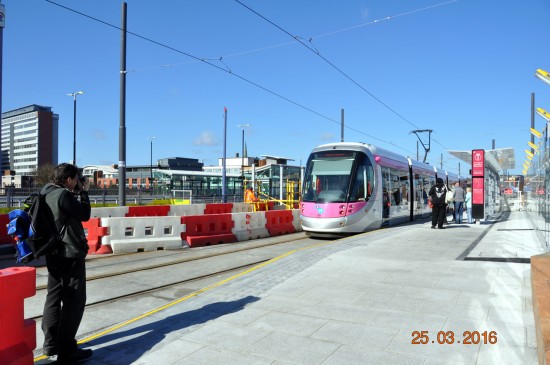 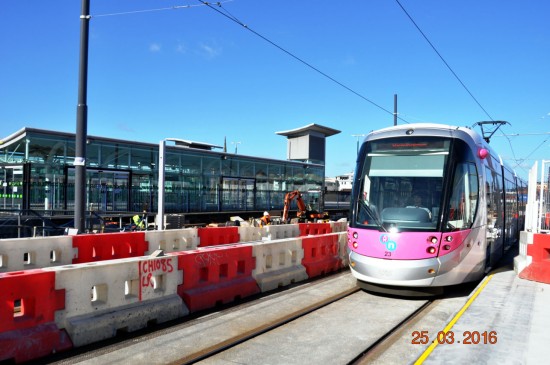 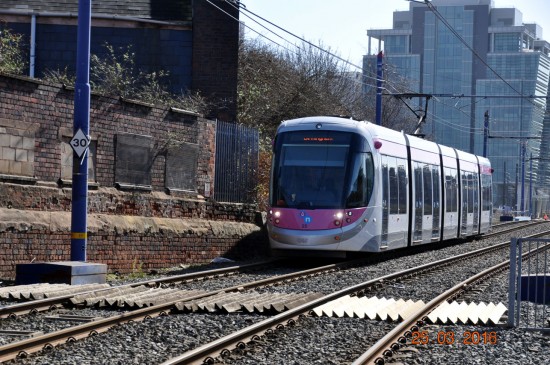 25 arrives wrong line at St Paul's were it will use the wrong platform before regaining the correct line the other side of the stop. (All Photographs by Ken Jones)