The last of the second batch of London Tramlink’s Stadler Variobahns – 2563 – has now entered service. The tram, which was delivered to Croydon on 6th December 2015, was used in revenue earning service for the first time on Friday 24th March having successfully completed the testing and commissioning process. Of the Stadler built trams only 2556 remains out of service following its January return from Germany where it had been receiving repairs. With the entry into service of 2563 the introduction of the full line 4 service between Elmers End and Wimbledon is expected not to be too far off. 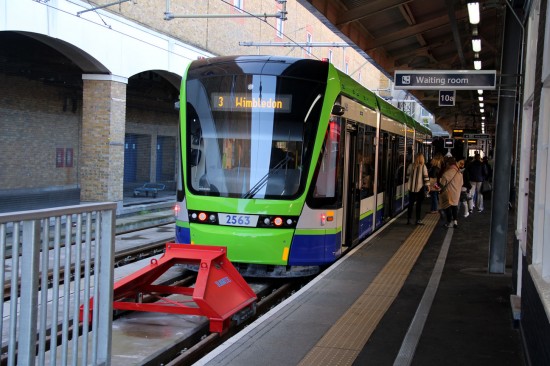 On its second day in service - 25th March - 2563 stands at Wimbledon when the tram was being used on the Wimbledon to Reeves Corner service. (Photograph by Kevin James)