On Monday 29th February, Blackpool Standard car 147 bid a temporary farewell to its seaside home, departing for a loan period at Beamish Museum. This marked the first time that 147 had left Blackpool since its return home in 2000 having spent many years in America, although this time around its absence should last months rather than decades!

Having been in action on the heritage service just two days prior to its departure, 147 had spent some time in the Electrical Compound to be prepared for its road trip. This entailed the removal of its lifeguards and trolley pole, the latter being stowed on the bodyside using the small hooks which are normally used to store a bamboo pole along the side of the tram!

On the morning of 29th February, the Standard car was shunted onto Blundell Street where it remained for a few hours due to the haulage firm being slightly delayed in arriving. Once they did arrive though, the loading process was completed swiftly and soon 147 was safely loaded up and headed off down Lytham Road. The tram is expected to arrive at Beamish the following day and once unloaded, the same low loader should then transport Marton Box 31 back to Blackpool in exchange, the two trams then expected to stay at their temporary homes throughout the summer and illuminations.

It is interesting to note that the last time a leap year occurred, another tram left Blackpool bound for Beamish: that being Boat 605 back in 2012. Unlike 605, which of course ended up being exported to the USA for good, 147 should be back in Blackpool fairly soon, but in the meantime its operation in a very different environment should provide one of the highlights of the year ahead from a heritage tram perspective. 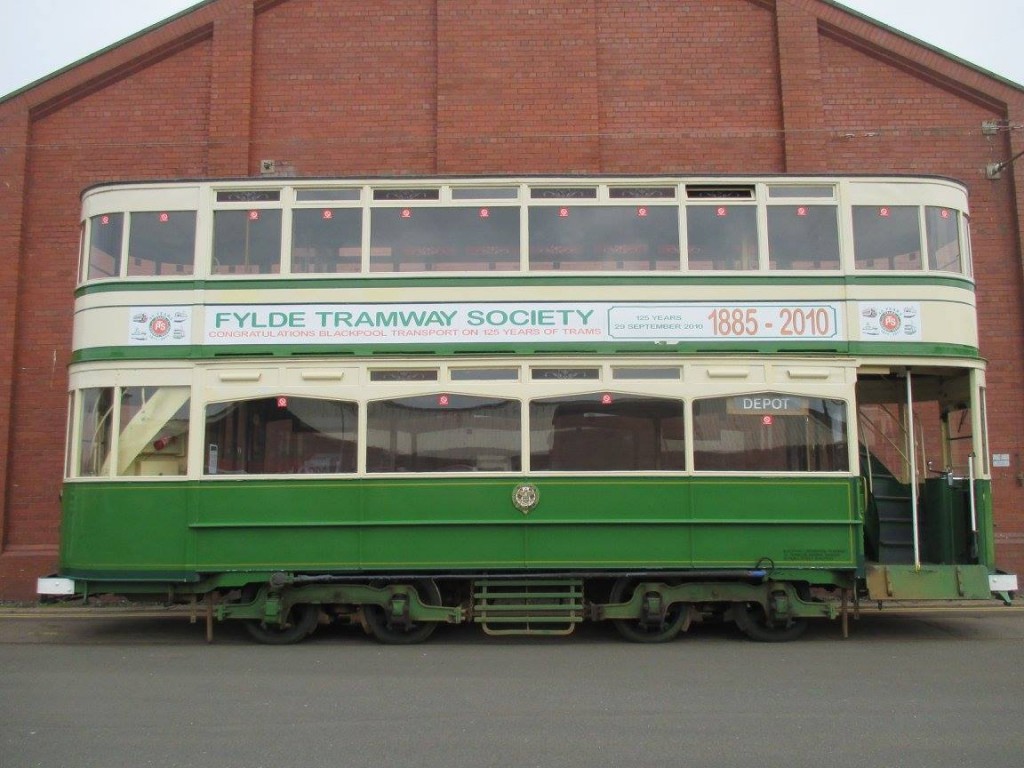 A side view of 147 whilst the tram was waiting for its hauliers to arrive. Note the trolley pole hung on this side of the car! 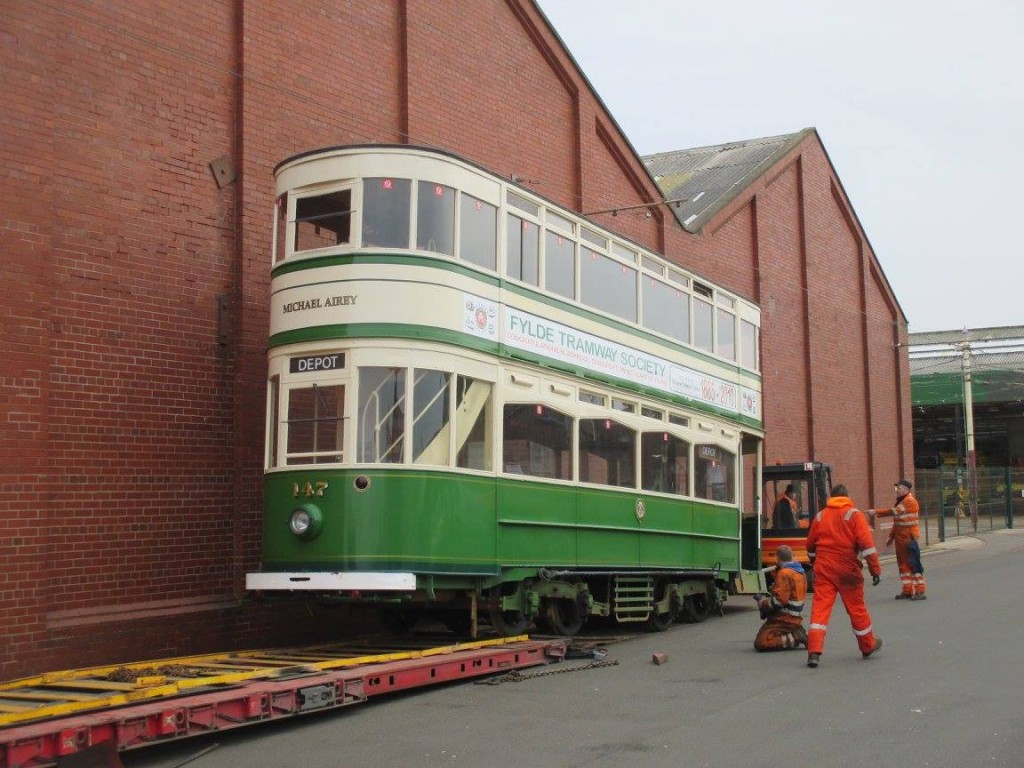 Once the lorry arrived and a ramp was assembled on Blundell Street, no time was wasted in loading 147 for its road trip. 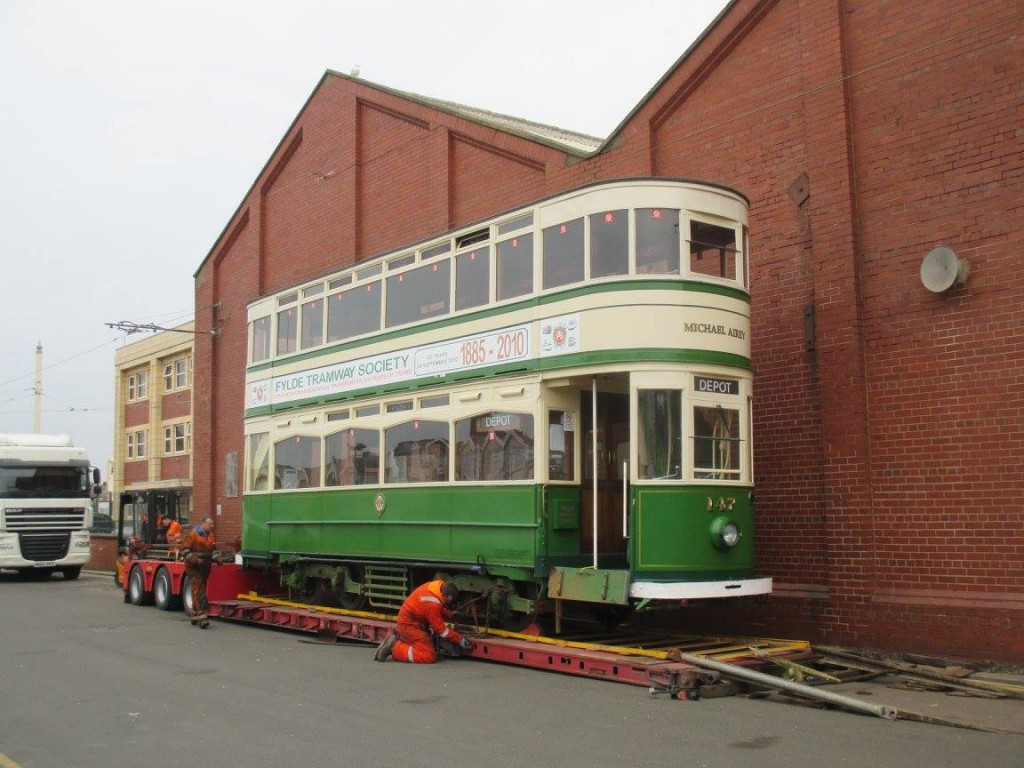 Standard 147 is all loaded up and final preparations are made with the tram being secured in place on the transporter unit provided by Calkeld's heavy hauliers. 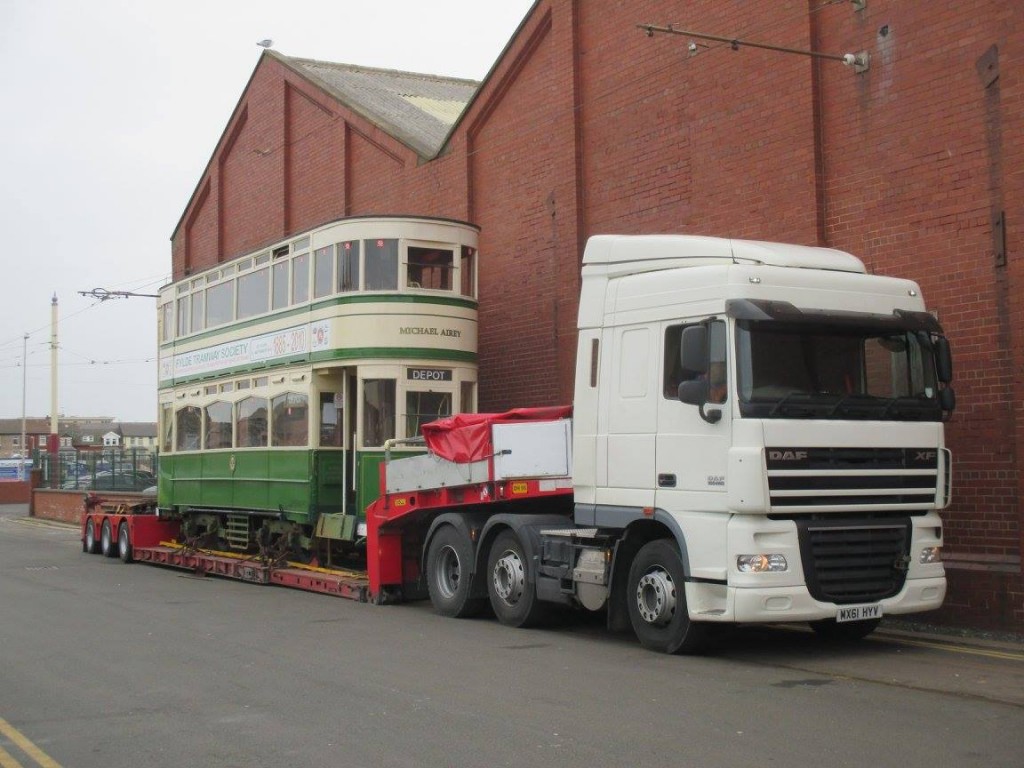 One last look at 147 before it leaves Blackpool behind for now. (All photos by Rob Bray)