Posted on Wednesday 23 December 2015 by Gareth Prior

Today’s Picture in Time is a tram we have featured before but this time our view of Blackpool Brush 636 is from an earlier period in the trams history – 1974.

This view of 636 shows the tram sitting out time before heading back to Manchester Square at the old Fleetwood Ferry loading stop during 1974. The tram is carrying the plain half green and half cream livery style with gold fleet numbers and also of note is the roof advert boxes which in this case had adverts for Premium Bonds where, at this time, you could win up to £50,000 if your numbers came up. The tram also still has roof windows and indeed 636 was the last of the Brush Cars to have these with them not being removed until the 21st century. 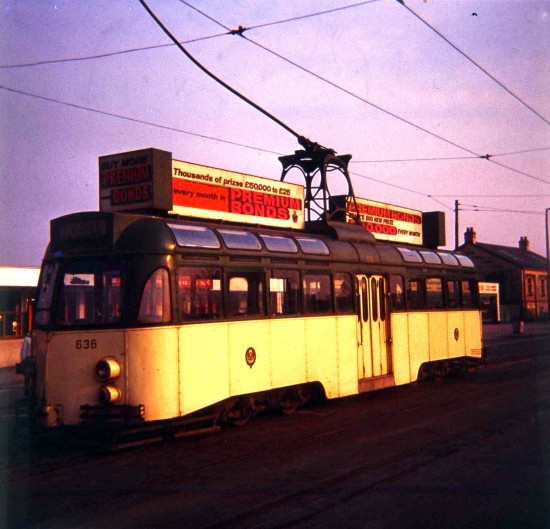