Stagecoach Supertram is set to welcome a hybrid tram into service following the announcement that the undamaged sections of 118 and 120 – which were of course involved in a collision at Shalesmoor in October – are to be combined to provide one good tram whilst repairs are undertaken. Work is already underway at the Nunnery Square Depot to combine the tram on Sunday 25th October when the doors were flung open to the public as part of the 21st anniversary celebrations.

As you will probably remember 120 ran into the back of 118 at Shalesmoor tramstop on the morning of Thursday 22nd October with the two trams remaining in situ for several hours before being rescued and returned to depot overnight. The rescue included 118 having to be split due to damage to its articulation unit. Once both trams were back undercover at Nunnery Square a full investigation into their condition took place and it was decided that the damaged sections would need to be sent away for repair. It is planned that the damaged sections of both 118 and 120 will head down to Derby where a full repair will take place.

Normally this would mean that the Supertram fleet would be down two members for a considerable period of time so the decision has been made to make one good tram out of the non-damaged sections. This will be one end of 118 and one end and the centre section of 120 and during the Open Day preparations were already underway to merge the sections. It had initially been thought that they would enter service in their current liveries (i.e. 118 would retain standard fleet livery and 120 the Cream Sheffield Corporation livery) but it now seems that 118 will receive a nice coat of cream paint. It would probably have been just as easy for Supertram to relivery 120 into the standard colours so it is pleasing to see that they aim to retain the historic livery carried on a tram since 2010.

This is not the first time in the UK that two trams have been combined like this to make one good vehicle with the Midland Metro T69s in particular good examples. 09 and 10 ended their days as hybrid units following accident damage.

A date for a return to service for the tram (at which point we will know what number it carries) has not yet been set. 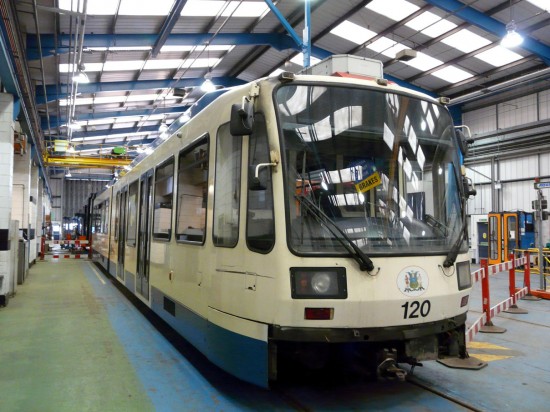 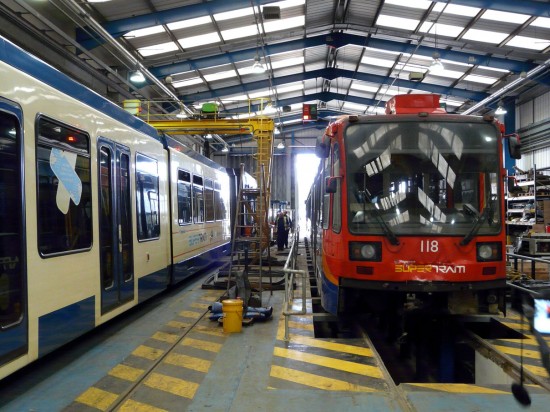 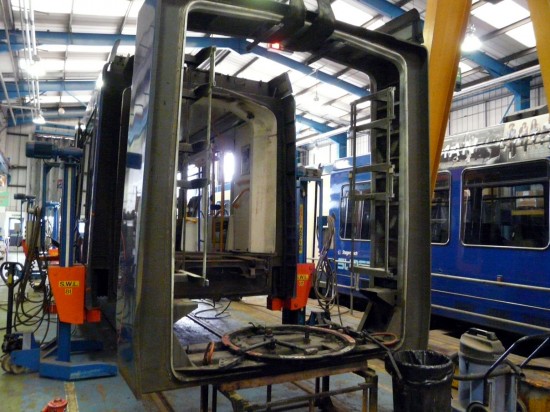 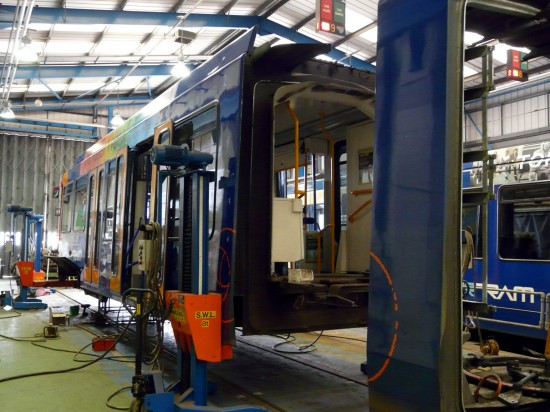 Four images takes inside the workshops looking at preparations for the joining together of 118 and 120 to make a good tram. (All Photographs by Gordon Burch)

4 Responses to Two becomes one