The busy October school half-term holidays saw an expanded Starlight Halloween event take place at the Crich Tramway Village over a period of six days. This event has established itself as one of the museum’s best – but this year even more effort has been made to attract families in particular with craft stalls and costumed characters adding to the atmosphere this year. British Trams Online‘s own Andrew Waddington paid a visit on Friday 30th October and this is what happened!

The day began with a basic three car service operated by Leeds 180, Leeds 345 and Glasgow 812; the latter making a bonus appearance in traffic before it retires at the end of the season. It had been widely expected that 812 had already run for the last time at the ‘TMS 60’ event in September, so another opportunity to ride on this venerable workhorse was welcome. These were later joined by Leeds 399 which had been decorated with coloured light bulbs to stunning effect, as well as Blackpool Standard 40 and Blackpool Boat 236. The open Boat car was a particularly brave choice, but one that paid off as the evening turned out to be unusually mild and as a result the tram carried several full capacity loads. Unfortunately disaster struck for Leeds 180 during the afternoon which suffered an electrical defect; passengers were de-trammed at Wakebridge, and after the Duty Engineer arrived on the scene, the car was eventually taken back to the workshop out of service. As a result of this some service trams were turned short at Wakebridge, whilst 236 was left waiting at Glory Mine for a lengthy spell as it was awaiting the single line staff which should have been delivered by 180! The disgraced Leeds car was replaced in service by London Transport 1622 so a six car service was maintained as the evening grew busier.

Besides the trams running there was plenty to see and do with some interesting stalls in the Exhibition Hall and local bird sanctuary Woodie’s Wings brought along some owls and parrots for visitors to admire, with a Barn Owl joining a friendly witch at Wakebridge after darkness fell! Some impressive lighting effects were employed around the village and various Halloween decorations adorned street furniture, the woods were lit up by fairy lights and floodlights at Wakebridge enabled the enthusiast to capture some good night photographs. Local author of cat stories, April Barry was also present in the Forge Shop signing copies of some of her books.

Dr Who and some of his most feared adversaries, a Dalek and a Cyberman, could be seen at Town End for a few hours posing with visitors and Harry Potter was also seen wandering around the site enjoying a few tram rides. Even the admissions staff joined in with the fun by turning up in fancy dress! For many younger visitors – and the young at heart of course! – the highlight was the chance to meet characters from the hugely popular Disney film Frozen who also performed a selection of songs as a tribute show to the movie in a tent near the outdoor children’s play area which was well filled long before the show was due to start. Main characters Anna and Elsa even said that they had been riding on the trams. Presumably Elsa’s favourite was the Boat car because the cold never bothered her anyway, and when another tram appeared she told her sister to ‘let it go’ and wait for 236 (OK no more Frozen puns!).

Pulling off an event that is equally enjoyable for enthusiasts and the general public can be tricky but the Starlight Spectacular seemed to pull it off with a wide range of activities to suit most people. Trams running in the dark at the museum will always be a draw in their own right but the museum has succeeded in creating an event with very broad appeal, and the number of families with young children in attendance suggests that their efforts have been well received. Each year the ‘Starlight’ concept seems to get bigger and better, and hopefully the full car park is a sign that it can continue to delight visitors and introduce new innovations for many years to come.

A full photo gallery dedicated to this event will appear on the main website within the next few weeks; for the time being the images below offer a small taste of the evening’s entertainment. 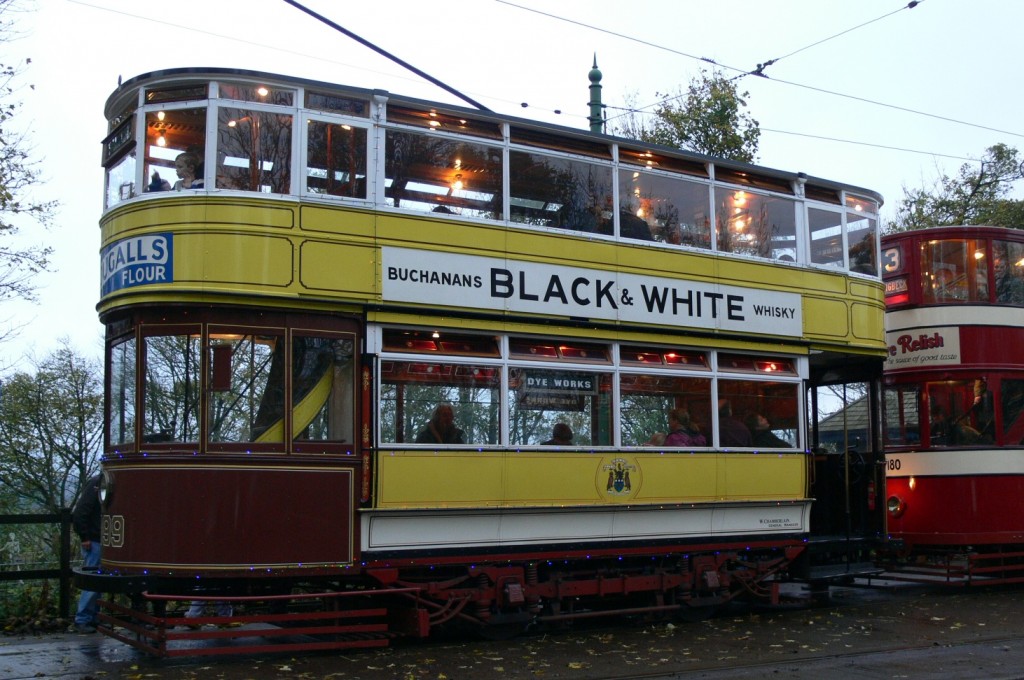 Leeds 399 - with its illuminations just starting to take effect as darkness descends on Crich - is seen at Wakebridge stuck behind the defective Leeds 180. 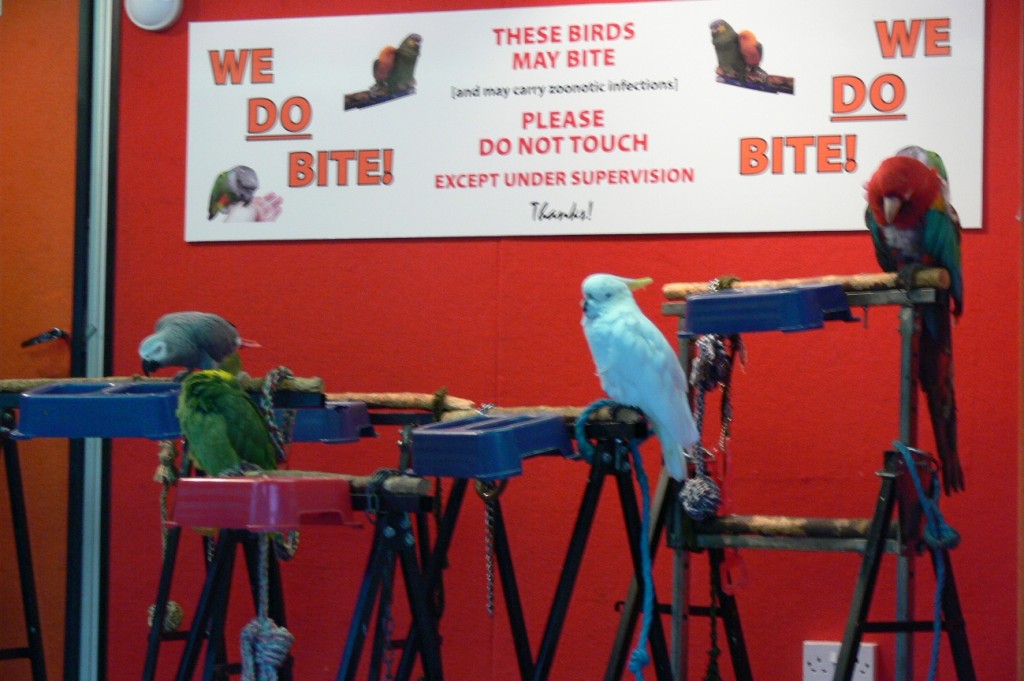 Some of the parrots brought to the event by Woodie's Wings seen in their special display area at Town End, including an apparently camera-shy Amazon Parrot and a Citron Crested Cockatoo. 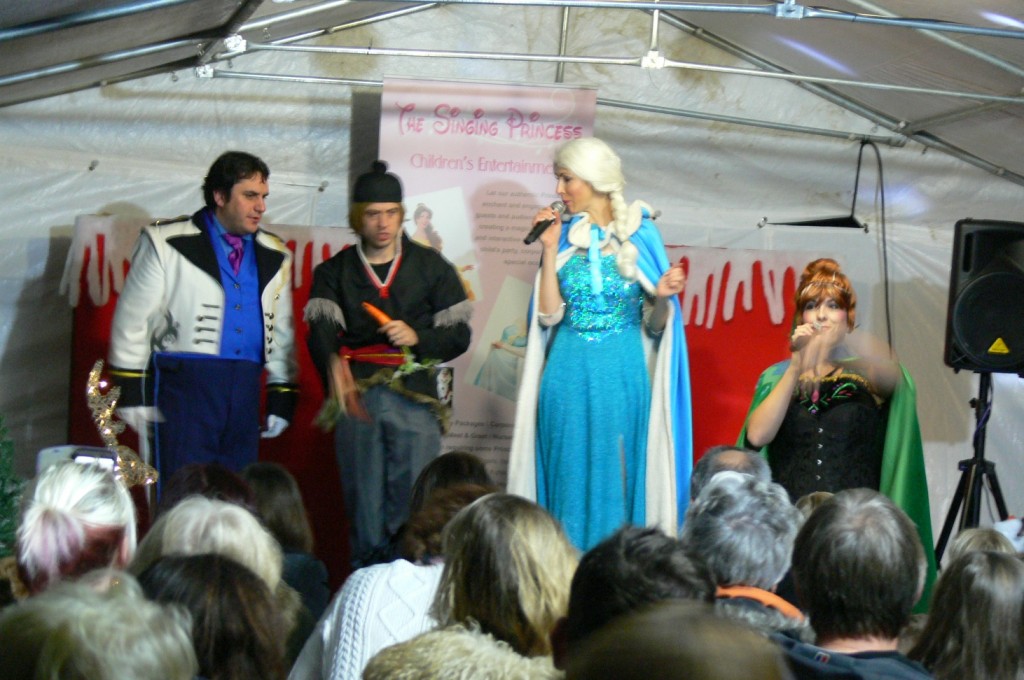 One of the most unusual scenes I have ever witnessed at Crich - the Frozen tribute star with characters from the animated film brought to life on stage to delight a crowd, seemingly made up mainly of grown-ups! 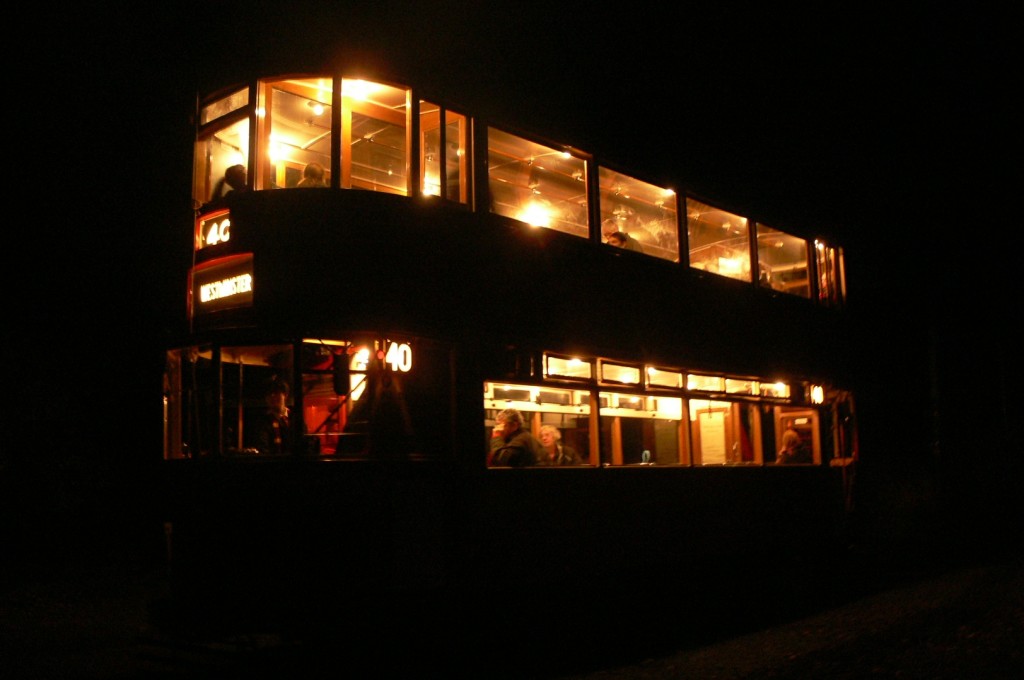 It may be hard to tell, but this is Glory Mine at night with London Transport 1622 on the reversing stub before heading back towards Town End. (All photos by Andrew Waddington)

This entry was posted in Crich Tramway Village, Event Reviews. Bookmark the permalink.

2 Responses to Frozen fever and starlight surprises at Crich