Posted on Thursday 6 August 2015 by Gareth Prior

Another week, another round-up of when and where you can go for a ride on a traditional tram in the British Isles over the next seven days or so. Highlights this week include the conclusion of the WW2 Home Front event at Crich (daily until Sunday 9th August) whilst over the weekend of Saturday 8th and Sunday 9th August the Heaton Park Tramway is part of a larger event across Greater Manchester with a Blackpool theme. And don’t forget all the other places listed below who are bound to give you a warm and friendly welcome… 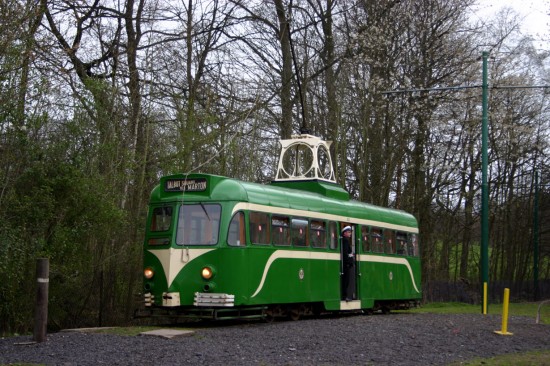 Blackpool Brush 623 is seen here at the Heaton Park Tramway on 8th April 2012. (Photograph by Gareth Prior)