Since the article published on British Trams Online regarding the placement of Southampton 45 in the Great Exhibition Hall at Crich Tramway Village, it is pleasing to report that the tram has been removed from its inappropriate position in the chronological display showing the development of tramcar design. After about a week it was returned to the main depots, having been moved to allow Sheffield 15 be extracted for operation on a number of special days in May.

It is not known what prompted the decision to move 45 back to the depots, but hopefully someone decided that having it displayed in the 1870s-1880s horse tram section of the exhibition was not acceptable and we thank those who made the effort to put this right. Interestingly, another vehicle that had been deposited in the Exhibition Hall due to a lack of space elsewhere some time ago has also been moved out, enhancing the display – this being the diesel locomotive Rupert. Unlike Southampton 45, Rupert was always tucked away behind some trams but its presence in the Exhibition Hall was far from ideal. Now it has been moved to Depot VI, formerly home of the PCC Exhibition, for continued storage. It now occupies the space where New York 674 had stood since 1995, with the American tramcar moving to the far right hand side of this building and Halle 902 being moved onto the central road. Gateshead 5 is now back in the main depots, stabled at the back of Road 6 where it had been accomodated when first withdrawn from service. It is not thought that this will signal any upturn in the fortunes of this particular tram, and presumably it was simply moved as part of a general shunt around of the static fleet in order to free up space in the depots to enable the Exhibition Hall to be used for its proper purpose, although it does mean that 5 is now more visible to the public than it has been for the last few years. 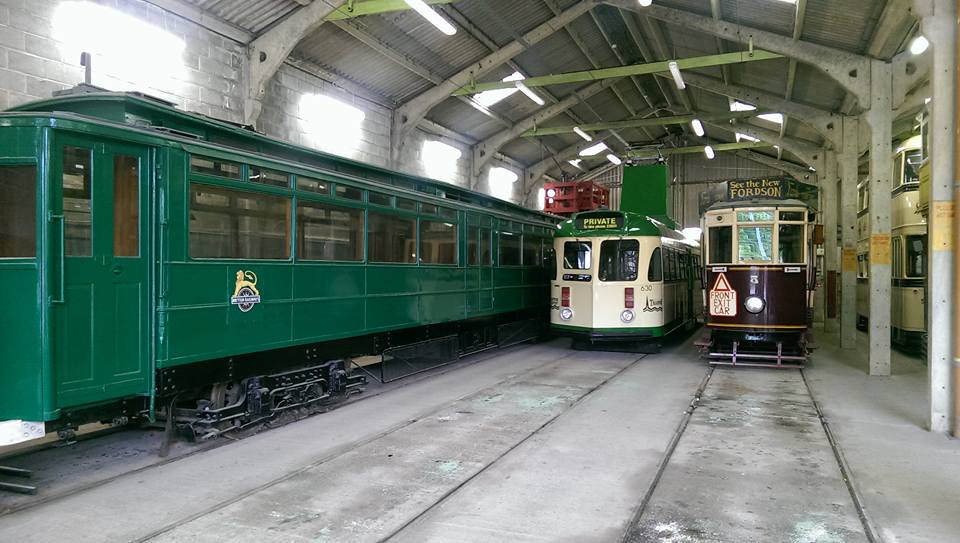 A recent depot view at Crich with Gateshead 5 now stabled alongside Blackpool 630. Also visible is Grimsby & Immingham 14, which of course ran alongside 5 when it was sold to British Rail towards the end of its working life. (Photo by Martin Bryan)