Posted on Thursday 12 March 2015 by Gareth Prior

One of the lower profile tram restorations in the UK is that of Cambridge horse tram no. 7 which has been undergoing restoration for two years now at the Ipswich Transport Museum. We have previously reported on the remarkable discovery during the initial stages of the restoration that the tram was in fact third hand to Cambridge having previously run in both Bradford and Bath and now progress is being made on the Heritage Lottery Funded project.

When we last reported on the project we revealed that the Leeds Transport Historical Society had produced a set of brand new wheelsets for 7 allowing the small team restoring the tram to concentrate on other aspects of the work required. The wheelsets arrived in Suffolk a year ago and these are currently in the process of being painted along with the brake gear. Other progress in the past year has been made on the lower saloon with the roof being repaired ready for re-canvassing whilst the no. 2 bulkhead has been constructed. Both sides of the lower deck are ready for panels to be fitted and the team are now working on the other bulkhead and forming the platform bearers. Once this second bulkhead is complete the wheels and brake gear will be refitted to the tram.

Full details on the tram can be found on Ipswich Transport Museum’s website at http://www.ipswichtransportmuseum.co.uk/hrstram.htm. 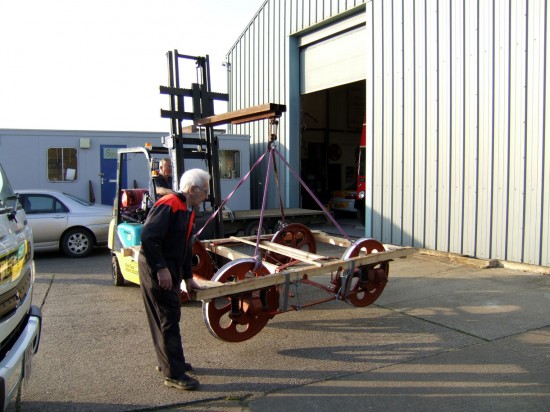 The wheelsets are delivered to Ipswich on 12th March 2014. 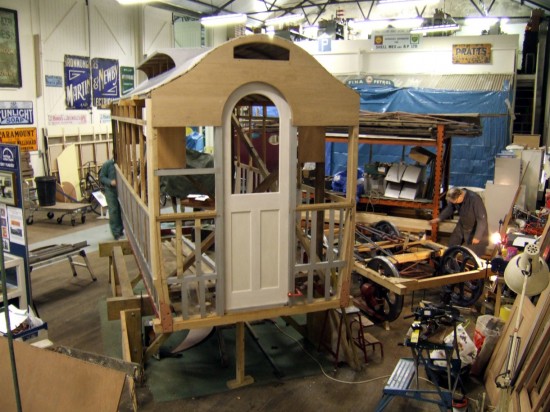 The current state of the lower saloon of Cambridge 7. (Both Photos by Mike Abbott)