We reported last weekend about 3093 becoming the latest M5000 to enter traffic on Manchester Metrolink whilst 3013 has taken its first tentative steps ahead of a return to service with initial testing being undertaken around Queens Road Depot. And now, with thanks to David Simpson, we can illustrate these very two LRVs. 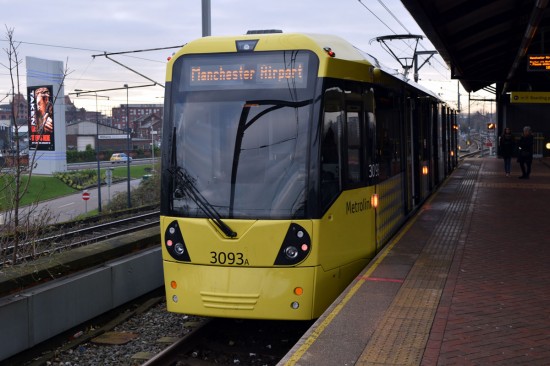 3093 pauses at Cornbrook on 30th December as it works a service on the Airport line. 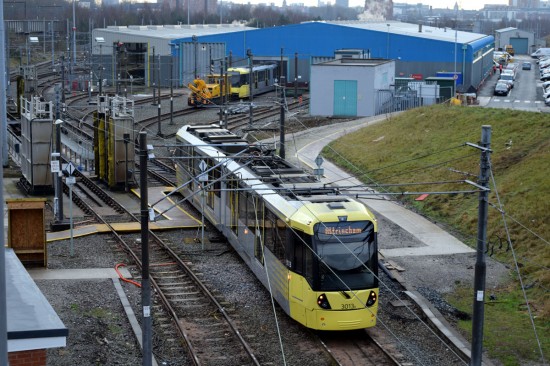 3013 undertakes some test runs within the confines of Queens Road Depot, also on 30th December 2014. (Both Photos: David Simpson)