Posted on Thursday 23 October 2014 by Gareth Prior

It’s that time of the week again as we round-up just when and where you can ride on heritage trams in the UK and Isle of Man. Although many places across the country only have a little over a week until they end operation for the year things aren’t going to end quietly! It is the busiest week of the year for the Illumination Tours in Blackpool as October Half Term arrives with up to 5 trams in service during between 24th October and 2nd November whilst at Crich there will be a rare chance to ride on the tram after dark during the Starlight Specials. Meanwhile Seaton will be celebrating Halloween and on the Isle of Man the season ends with a Winter Photography event on the Manx Electric Railway. Hopefully there will be something to keep everyone happy in the next week or so and don’t forget if you do visit any of these events we would gladly receive any photos!

From Saturday 25th October to Sunday 2nd November Timetable B (services roughly hourly between 1015 and 1545) is in operation. 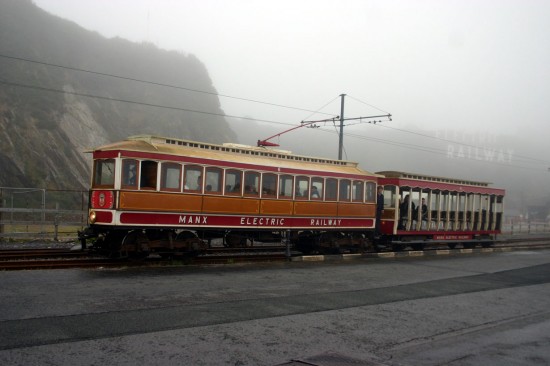 You only have just over a week left in 2014 to enjoy a ride on the Manx Electric Railway in 2014 although there is still the final event of the year to come with Winter Photography taking place on 1st November. With the Tunnel Cars due to feature heavily during the event our photo this week shows one of this class of tram - 6 along with trailer 41 - in almost winter like conditions on 14th August 2013. (Photo: Gareth Prior)