We have recently been contacted by someone whose father has an old tram in their garden and as they included some photos of the tram what better excuse than to start a new occasional series on these pages – Lost Trams! The subject of the first of this series is Nottingham 112 which was originally built in 1907 by Milnes Voss and was a Balcony double-decker. The photos show that the tram seems to still be in a fairly good condition and has been well looked after since it has been used as a shed. 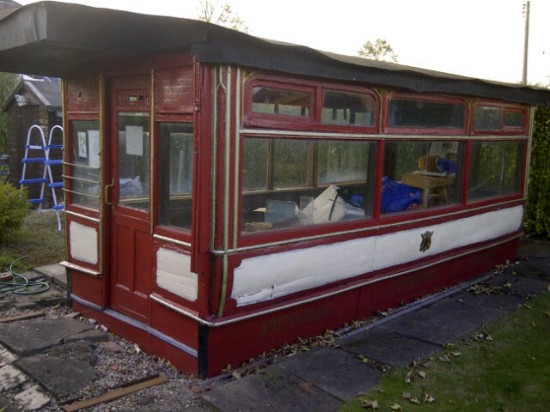 The remains of Nottingham 112 in a garden - the first of our "lost trams" series. (Photo: Nigel Shelbourne) 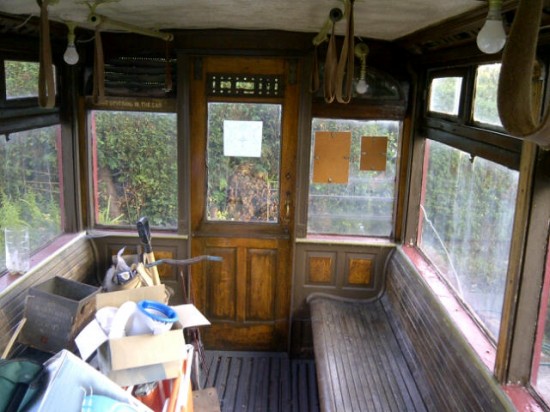 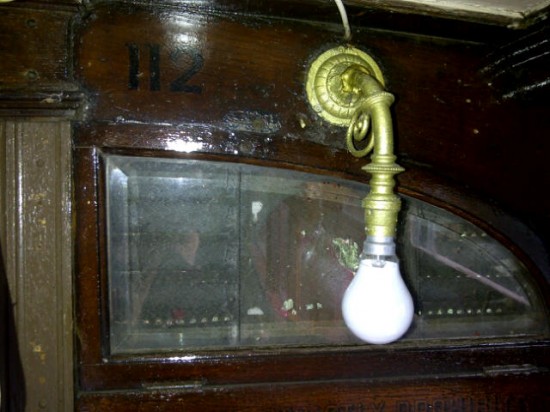 A close-up inside the tram clearly showing the number of the tram. (Photo: Nigel Shelbourne)