Although not directly affecting Manchester Metrolink work is also continuing on the demolition of the old Rochdale Bus Station and adjoining car park which is adjacent to the new Metrolink Rochdale Town Centre terminus. The work will see the 1970s structure eradicated from the skyline of Rochdale permanently with a new major transport interchange already having been built and opened opposite. 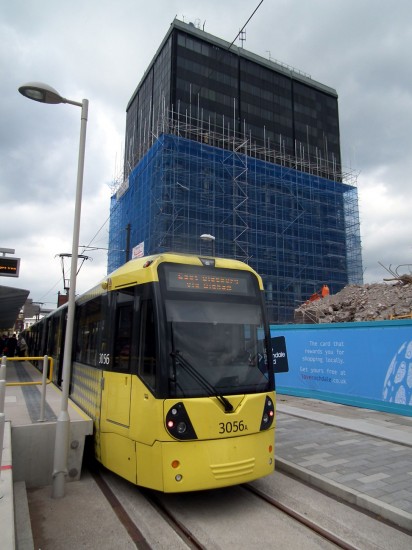 3056 stands in the platform at the Metrolink terminus with the ongoing demolition work in the background. 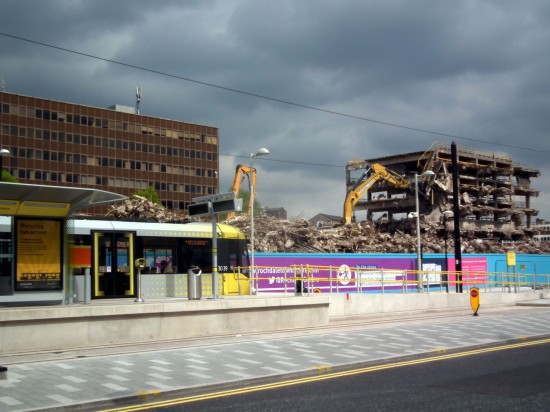 3039 at Rochdale Town Centre stop with the demolition work of the old bus station and car park continuing behind. (Both photos: Steve Kemp)