The fourth of the CAF built trams for Midland Metro finally arrived at Wednesbury Depot on Friday 21st February after two previous false starts caused by poor weather conditions. Number 20 was originally due to arrive a fortnight ago but the continued rough sea conditions between Spain and the UK meant it was unable to set sail.

Following the same route as the previous three deliveries 20 travelled by road between the CAF factory in Zaragoza and Santander where it was loaded onto a ferry for the crossing to the UK. It docked at Plymouth before hitting the road again and arriving at its new home at 0950 on Friday 21st February. As with the previous deliveries it arrived in two parts (one lorry carrying three sections of the tram and another carrying the remaining two) and was swiftly unloaded at the depot before initial commissioning could commence.

20 becomes the fourth of the Urbos 3 trams to be delivered to Midland Metro with the other three currently undergoing commissioning work with overnight testing having already commenced between the depot and Priestfield.

It is understood that CAF are eager for the deliveries to be stepped up as they have completed a large number of the trams and don’t particularly want to have to store them at their Spanish plant. 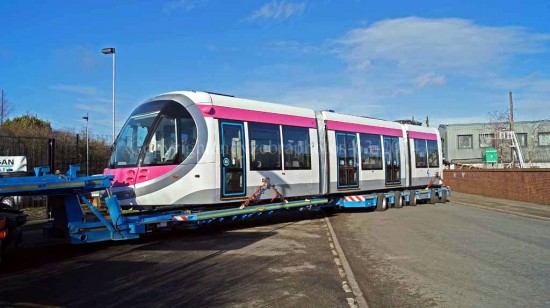 The first half of 20 arrives at Wednesbury on 21st February. 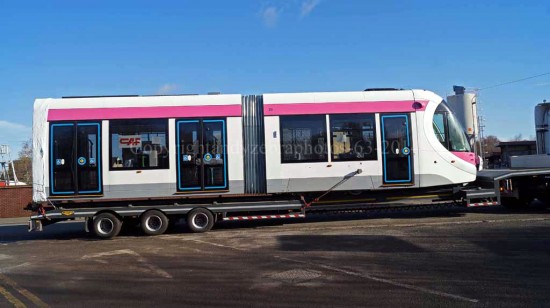 And here the second half is seen on the low loader arriving at its new home. 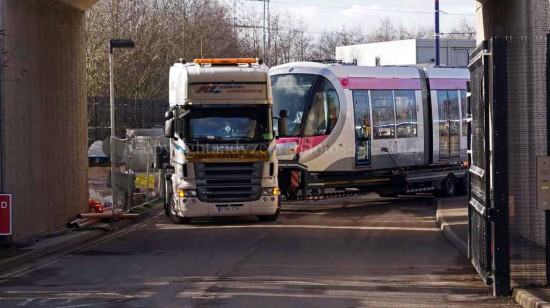 Half of 20 is maneouvred through the gates, 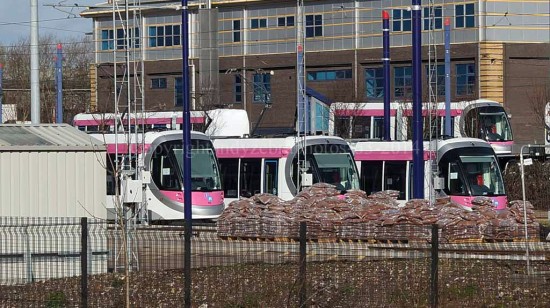 The first view of all four of the new trams together with 20 seen in the background still on the low loader as the first three sit in the sun. 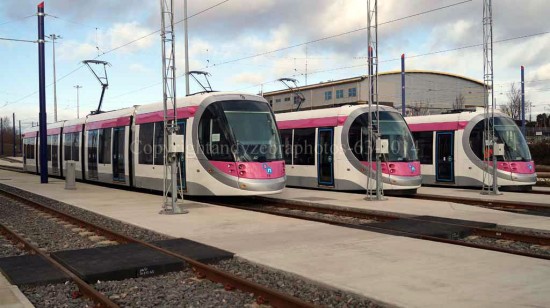 19, 18 and 17 sit in Wednesbury Depot. (Photos: Andy Walters with the exception of the last one which was taken on his behalf)