Picture in Time 14: Balloon 711 through the years

To mark the upcoming transfer to the National Tramway Museum of Blackpool Balloon car 711 on an initial two-year loan, our occasional Picture in Time feature puts the spotlight on this tram, featuring three liveries it has carried over the past decade. With so many unique and exciting trams in the Blackpool fleet, workhorses like 711 sometimes get overlooked so this is an ideal opportunity to remind ourselves of the important role it has played on the Blackpool tramway for the past eighty years.

711 was treated to an extensive overhaul in 1993-4, duly becoming the second Balloon in the fleet to be modernised with low-voltage equipment and acquiring the new headlamp/trafficator arrangement and rubber bumpers, which took some getting used to! Initially turned out in the current style of green and cream fleet livery, in 2005 this was replaced by the car’s first ever all-over advert, for Lambrini, a drink that is apparently popular with young women. Bizarrely, one side of the advert originally featured the slogan “I’d rather ride a donkey” although this was later changed, with both sides carrying the matching text “The best ride in town”. As an aside, it will soon be possible for youngsters to choose whether they would prefer to ride on 711 or a donkey, as the upcoming ‘Beside the Seaside’ event at Crich will feature donkey rides this year, whilst 711 is expected to be in service at the museum by then.

When this advert expired 711 ran for a few months in plain yellow which was then used to form the basis of a very smart version of the Metro Coastlines bus livery featuring a dark green ‘route’ colour. The tram ran in this guise from Easter 2008 until early in 2010, when most of this stylish livery disapeared under a vinyl wrap advert design for Blackpool Zoo. Although undoubtedly eye-catching, this advert did little to endear 711 to traditionalists, especially as traces of its previous livery were still visible underneath! After the 2011 season, 711 returned to the workshops, emerging with widened centre platforms and a new white and purple livery as the ninth Balloon car to be modified as part of the ‘B Fleet’. In this condition it has hardly been used at all, but this should change once it moves to Crich in the near future. 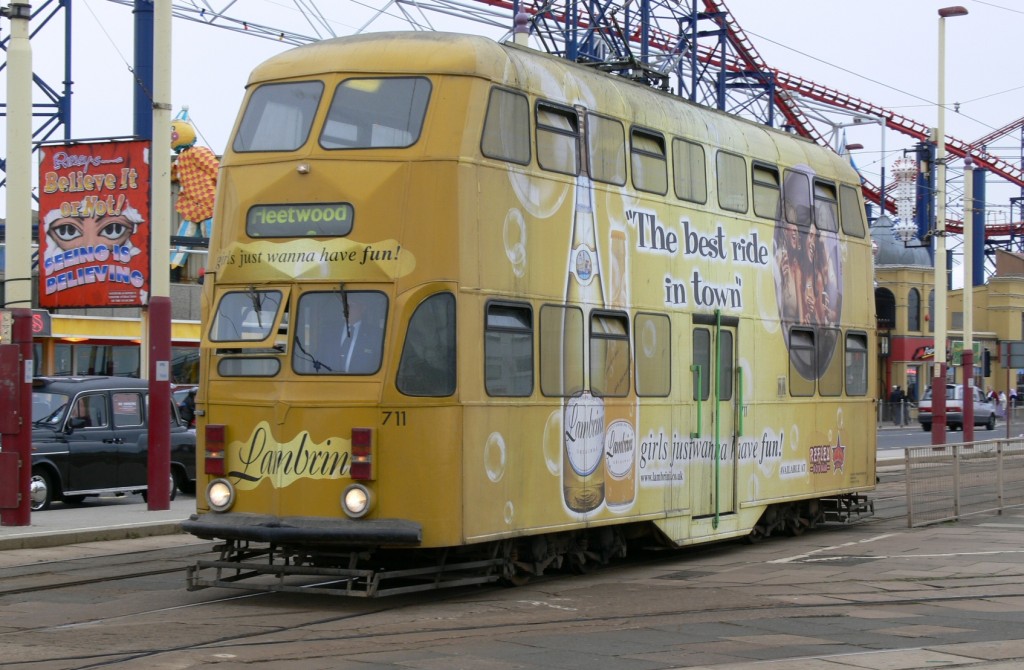 711 shows off its unusual advert livery for Lambrini (by then minus donkey-related slogans) at Pleasure Beach during the summer of 2006. (Photo by Tony Waddington) 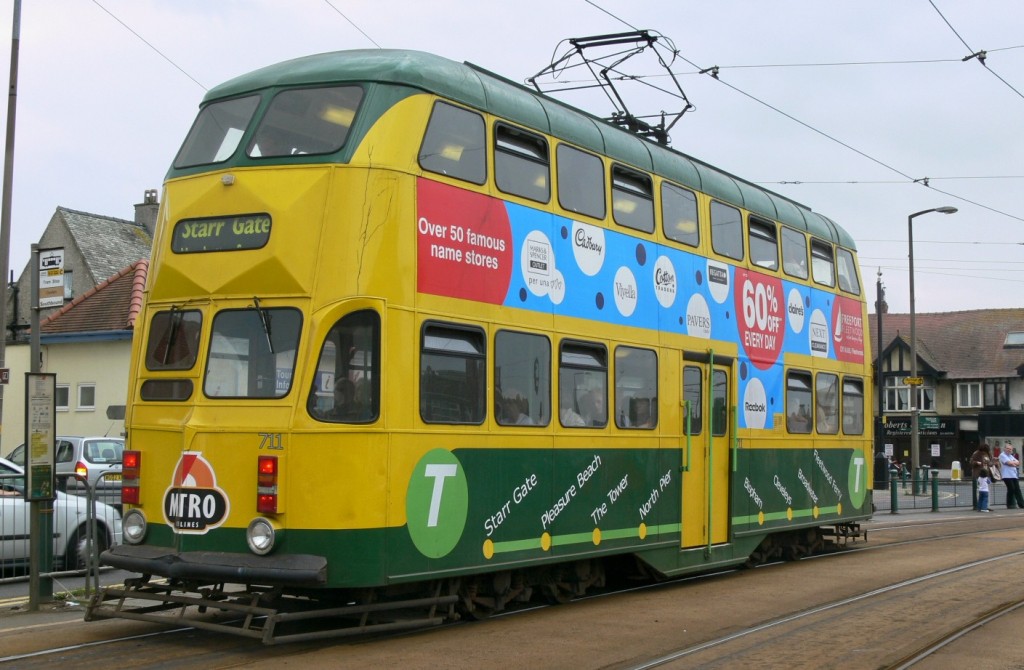 A more refined look for 711, showing off its stylish Metro livery and T-side adverts for Freeport shopping village, at Cleveleys in 2008. (Photo by Andrew Waddington) 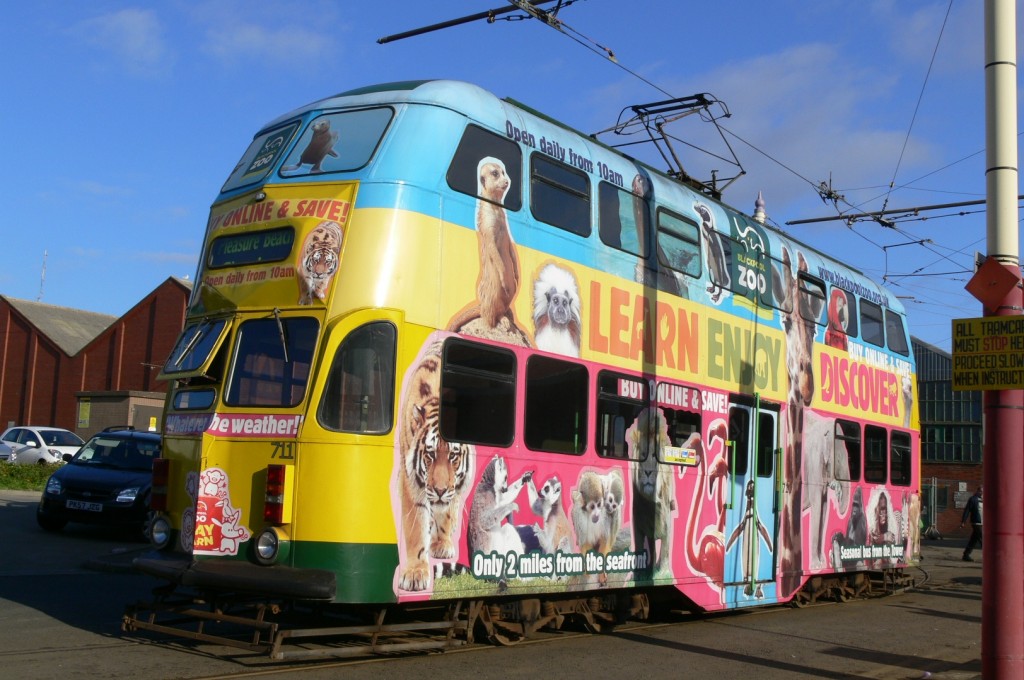 711's final look prior to the addition of centre porches was this advert design for Blackpool Zoo. Seen on 7th November 2011, this was probably the last time many people saw the car in this condition as it never ran again looking like this. (Photo by Andrew Waddington)

One Response to Picture in Time 14: Balloon 711 through the years