With engineering works, sorry improvement works, taking place on the Manchester Metrolink network on Sunday 23rd February a number of unusual destinations were carried on some of the LRVs in action on this day. Previously it has been normal for the vehicles to still carry the normal destination regardless of whether they are turning short but on this day Abraham Moss and West Didsbury were both used whilst on the previous day Football Special was used for the Manchester City game at the Etihad Stadium. 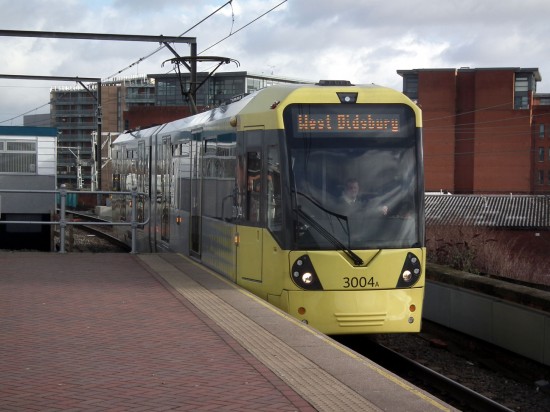 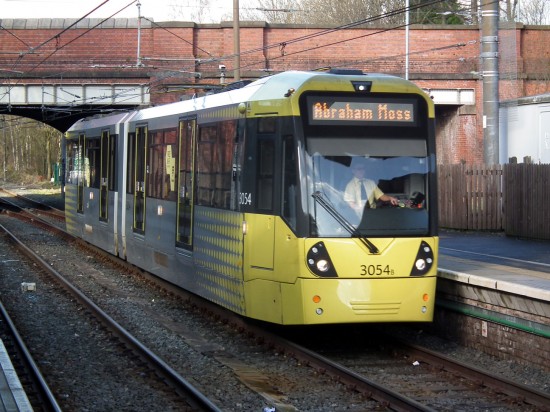 3054 carries the destination Abraham Moss in this 16th February view. 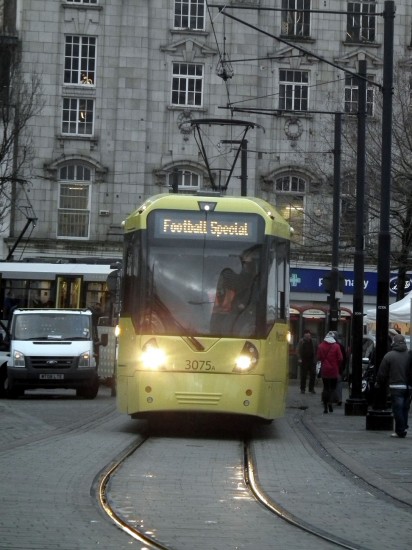 3075 is seen here at the head of a double unit in Piccadilly Gardens on 15th February. Note the destination of "Football Special". (All photos: Steve Kemp)