On Sunday 16th February with ongoing improvement works affecting Manchester Metrolink services from Eccles were extended through to Ashton-under-Lyne – a service which will operate for the next month as a result of the Victoria Station works. With thanks to Steve Kemp we are able to bring you a few images of M5000s at Droylsden on this day. 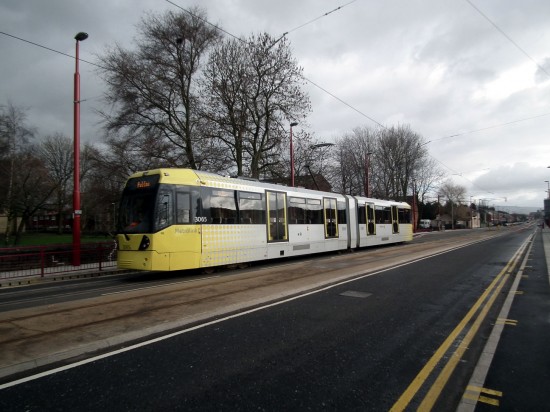 3065 departs Droylsden on the way to Ashton-under-Lyne. 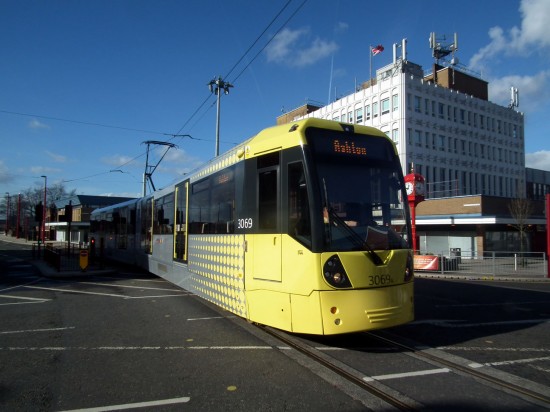 3069 arrives at Droylsden as it heads to Ashton. 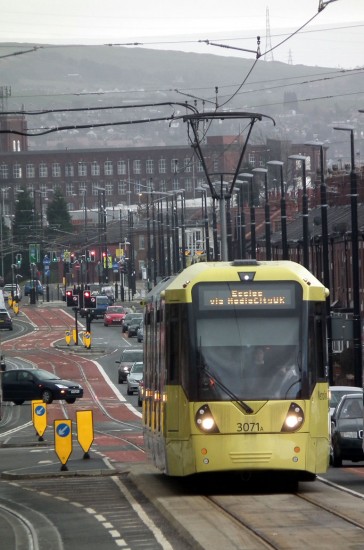 3071 approaches Droylsden. The LRV is operating an Ashton to Eccles service, a sight which will be a regular occurrence as from Monday 24th February. (All photos: Steve Kemp, taken on 16th February 2014)