On Saturday 1st February, Blackpool 167 became the first tram from the collection of the National Tramway Museum to operate in passenger service during 2014. However, the tram wasn’t running at Crich, but instead at Beamish Museum, where it had arrived on loan just five days earlier. After a very swift commissioning and crew training process, the car was duly approved for service in time to make its public debut on the first weekend of February.

February 1st was a bumper day for the single-deck trams at Beamish, as 167 was joined in action by Oporto 196 and Blackpool 280, itself also on loan for the winter. Despite the rather miserable weather, the three trams carried good loads of passengers with 167 in particular looking absolutely fantastic in the period setting of the Town area. This created some nostalgic scenes reminiscent of those from the tram’s heyday, when it plied its trade on the North Station to Fleetwood route.

Unfortunately, 167‘s second day of service at Beamish was not so successful, with the tram being recalled to the depot during the morning of Sunday 2nd February after its trolley head became detached. This was just a minor fault which in no way reflects on the tram or its owners, and should not prevent it from running again next weekend. It is now expected that 167 will run, subject to availability, each Saturday and Sunday for around three months, before leaving the North East behind at the end of April. 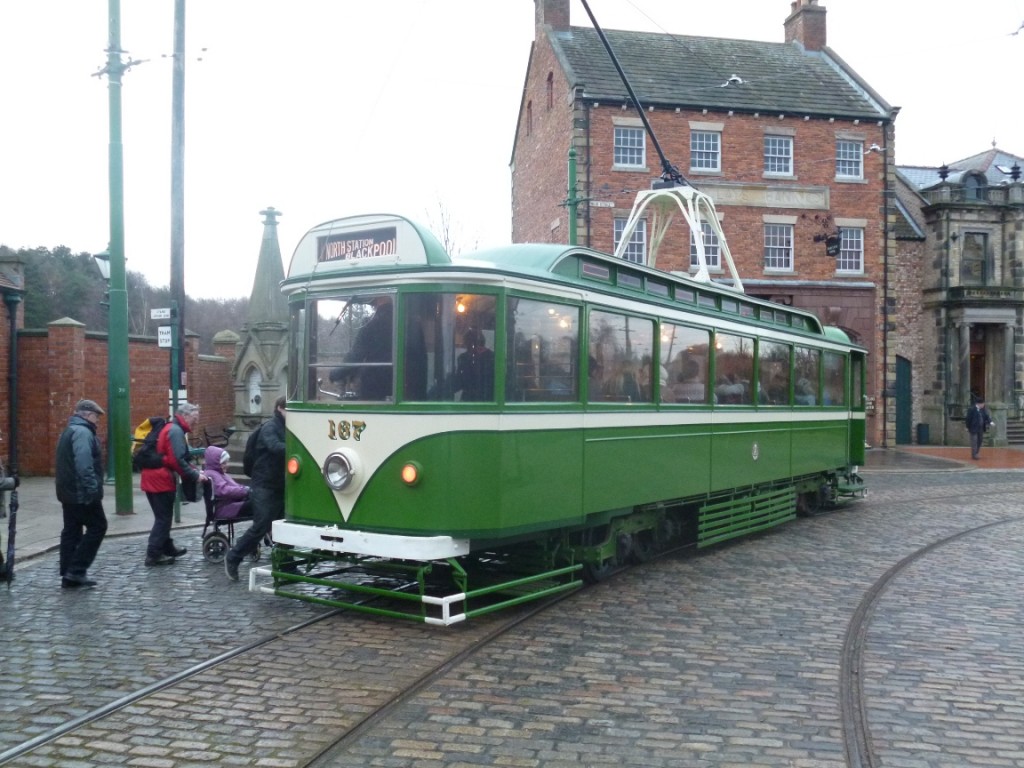 Blackpool 167 is shown loading passengers in a slightly murky Beamish Town during its first day in public service at the North East museum. (Photo courtesy of Beamish Transport & Industry Blog)

One Response to Blackpool 167 enters service at Beamish