One of the main incentives behind the decision to have a limited open day at Crich Tramway Village to co-incide with a major shunting operation on Saturday 1st February, was to show off the recent work undertaken on Edinburgh 35. Over winter the tram has been residing in the workshop, where its appearance has been dramatically improved thanks to some relatively minor attention.

35 has received some remedial paint work and a full re-varnish, although contrary to what had been reported previously, the tram has not been repainted. However, the end result is almost as good as if it had been, with the previously dull maroon paintwork now a glorious shade of madder, and sparkling once again.

The ‘British Gas’ advertisements applied to the car for its period of operation at the Glasgow Garden Festival in 1988 have finally been removed, revealing some much older, hand-painted advertisements beneath which are thought to have been applied when the car was still in regular service in Edinburgh! One side proclaims ‘You’ll feel a lot better if you drink more milk’, with the other promoting Dexter Weatherproofs, which are apparently ‘as British as the weather – but reliable’. These adverts have been tidied up and will be retained, adding to the historic charm of this vehicle.

After being displayed in the depot yard on 1st February, Edinburgh 35 was transferred to the rear of the Great Exhibition Hall, where it replaces Liverpool 869 in the space previously occupied by London Transport 1, which is presently housed within the main depots awaiting work to commence on its major reconstruction.

Despite a few minor imperfections in places, 35 now looks vastly better than it has done since arriving at Crich and will be a superb addition to the ‘Century of Trams’ display. 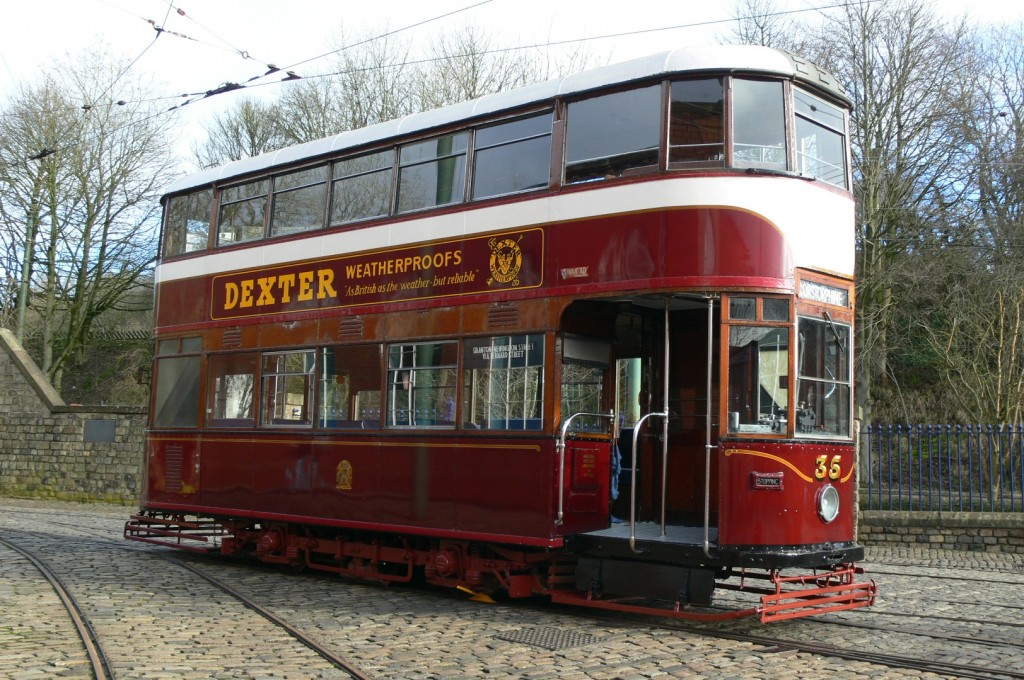 Edinburgh 35 shows off its recently uncovered adverts for 'Dexter Weatherproofs' whilst displayed in the depot yard at Crich on 1st February 2014. 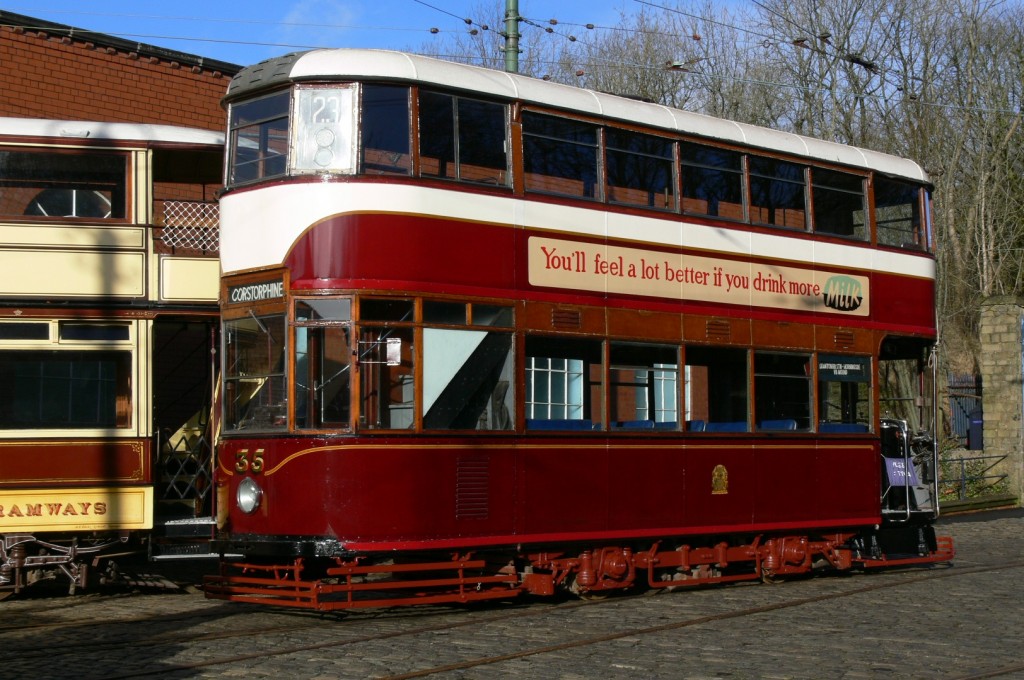 Apparently bound for Corstrorphine (which is presumably a place in Edinburgh rather than something you can buy from a chemist), the other side of 35 is shown off beautifully in glorious winter sunshine. (Photos by Andrew Waddington)