For the second time this year, Beamish Museum took delivery of a very special tramcar on the morning of Monday 27th January, courtesy of the National Tramway Museum. Blackpool ‘Pantograph’ car 167 arrived on loan from Crich on this day, for a three month period of operation at the North East museum.

On arrival at its temporary new home, 167 was seen to be displaying the famous destination ‘North Station Blackpool’: highly appropriate, as the tram will effectively be carrying passengers to and from a railway station for the first time since the end of its original career in Blackpool, with Rowley Station located at the rear of the Beamish Town area. With transport provided as usual by Scotts Heavy Haulage, 167 arrived safely at Beamish during the morning, and was soon unloaded ready to be prepared for service.

With Gateshead 52 permanently transferred from the national collection into the care of Beamish just a few weeks ago, 167‘s arrival offers further evidence of the excellent relationship that has been formed between these two museums. Hopefully 167‘s visit to Beamish will be a highly successful one, and encourage many tram enthusiasts to visit the North East during its stay there. Once the loan period comes to an end in April, after the Great North Festival of Transport, it is believed that 167‘s owners have some further interesting plans for this tram, which will no doubt be announced in due course. 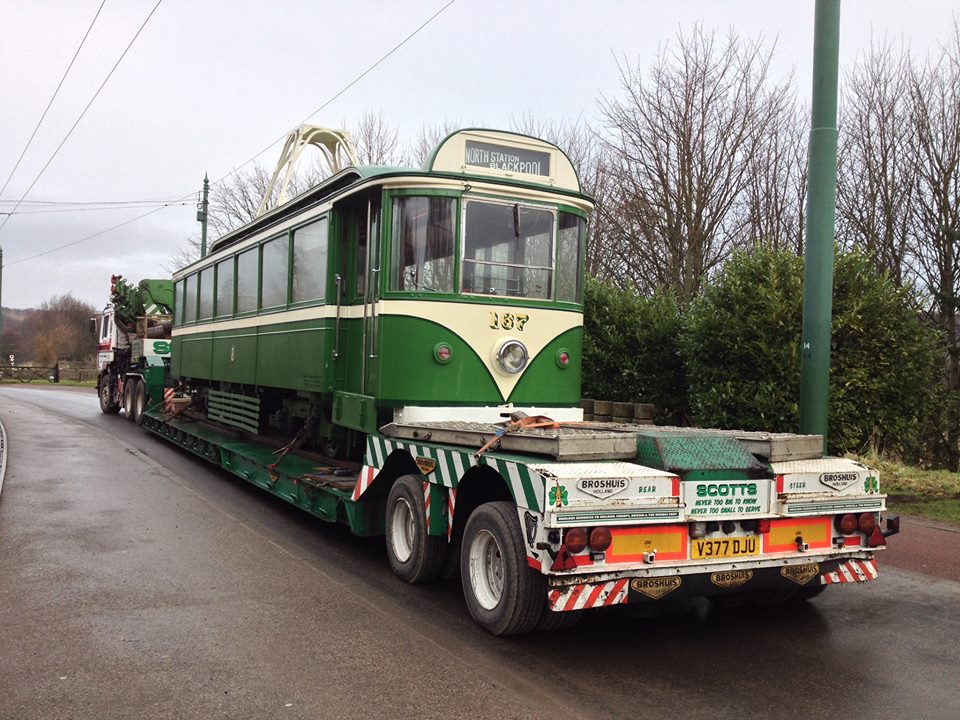 The familiar sight of a low loader bringing a tram to Beamish; this time the vehicle involved is the gorgeous Blackpool 167, seen here on arrival, on January 27th. (Photo courtesy of Beamish Museum)