Posted on Monday 21 October 2013 by Gareth Prior

Nottingham Express Transit Incentro 211 has finally lost its advertising vinyls for “Armed Forces Day” and these have now been replaced by new advertising vinyls for Alstom – yes that’s right Alstom now have an advertising livery on a tram built by their rivals Bombardier! The pale blue based livery first made an appearance in service last week having been wrapped at Wilkinson Street.

211 had already received the internal refurbishment having been out of service from the end of July until mid September but returned to service at that time still carrying the vinyls for Armed Forces Day but these have now been replaced. It becomes the first tram to receive advertising vinyls after having gone through the refurbishment.

Meanwhile 206 has also re-appeared in service with re-upholstered seating although it retains the original livery. 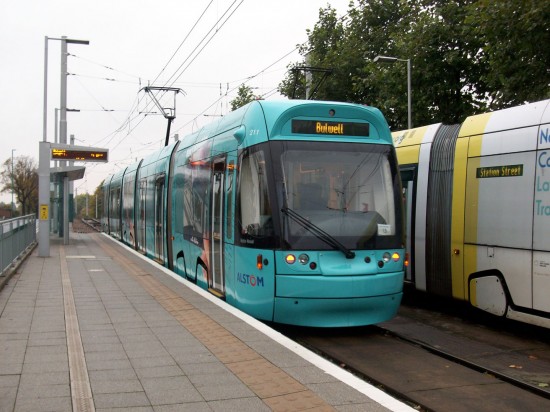 211 shows off its new advertising livery at Wilkinson Street for Alstom. 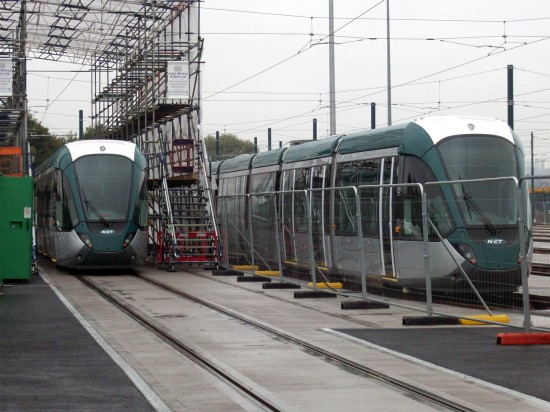 Alstom Citadis trams 216 and 217 at Wilkinson Street in the commissioning sidings, still with apparently no external identification. (Both photos: David Beardsell)