In Pictures: Tarmac down in Douglas – will we see trams running soon?

Since we last featured the construction works related to the Douglas Bay Horse Tramway back in mid-May there has been further significant progress with tarmac now down surrounding the tracks in preparation for a return to action for the horse trams. When that may be is unknown as there remains no official word on this with the last official statement saying they were hoping for a limited season following the TT period, which is now over.

We doubt very much many reading this article need a great deal of reminding but just in case here we go! When the Douglas Bay Horse Tramway does resume operation it will only be running from Derby Castle as far as Broadway with the previous section to the Sea Terminal not having been laid yet. The new terminus will be a single track stub at the side of the road instead of the former centre of road alignment and there are a set of points just before this to allow trams to access the double track section towards Derby Castle.

A decision on whether to re-extend the line to the Sea Terminal – which would include a single track alignment at the side of the road – will need to be made by Tynwald. No word either on when this may be presented to members of Tynwald to make the decision. 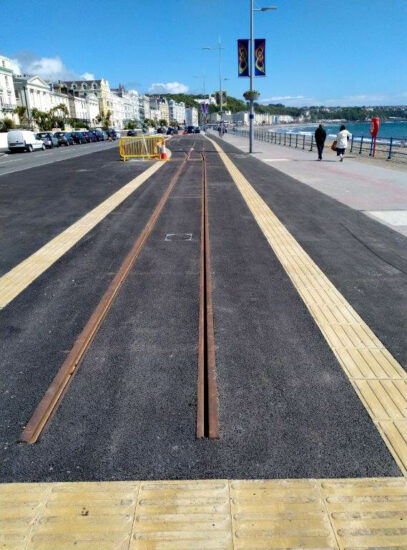 The end of the line (for now?). Surrounded by tactile paving – including a section blocking the way through to the Sea Terminal – it all looks neat and tidy at the moment. Now all it needs is some trams! 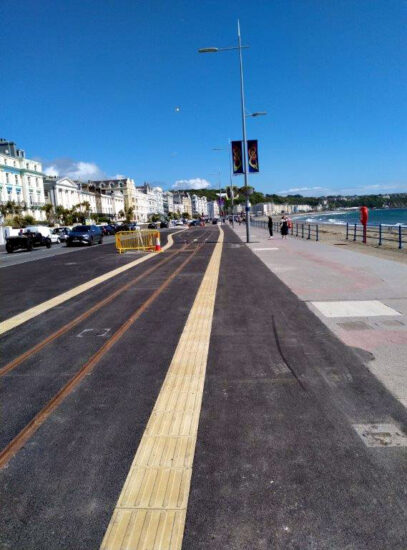 Another view of the terminal stub looking back towards Derby Castle. 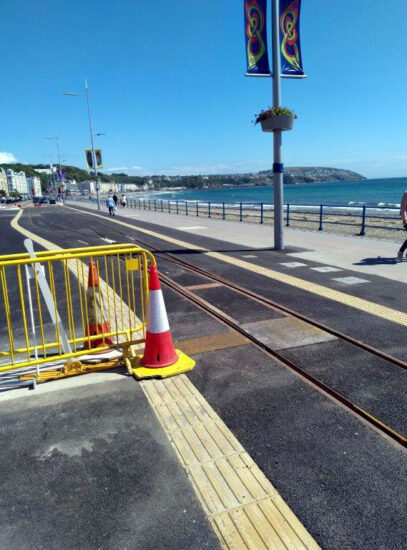 The points to the double track section have had a lever included instead of being sprung. When its in such a public area you do wonder whether if this is a permanent fixture it is particularly sensible for this form of operation. (All Photographs by Geoff Pickles, 25th June 2022)