Posted on Saturday 26 March 2022 by Gareth Prior

All parts of Glasgow 488 have now been reunited in the same county (and country!) once more after the unrestored top deck was transported from Wales arriving at the East Anglia Transport Museum on Thursday 24th March. The lower deck and truck are already in Suffolk – although off-site where work on overhauling the truck is underway – and all three parts will be reunited together in due course although work remains to be done on restoring the upper deck before this work can be considered.

Now owned by the East Anglia Transport Museum, Glasgow 488 has now been back in the UK for nine years having made the trip – top and lower decks separated – from France in March 2013. It had been preserved in Paris following withdrawal in Glasgow in 1961 although spent some time in storage when in France and was deemed surplus to requirements by the Paris Transport Museum which is when repatriation and restoration for use at the EATM came in.

The Ffestiniog Railway in Wales were contracted to complete the restoration of the tram but whilst progress was made on the lower deck, the upper deck remained in the same condition as it was when it arrived. Restoration work on it is now to take place in Suffolk and to enable this to happen it was transported across the country to Carlton Colville with its arrival at is new home being on Thursday 24th March. The upper deck structure is not all in one piece as one end was dismantled back when it was moved to Paris, the parts of this section are still in existence and were transported separately to the remainder of the upper deck.

The lower deck – which had been restored at the Ffestiniog Railway – was moved from Wales to Suffolk back in August 2021 and it is being stored securely off-site awaiting both the upper deck and a restored truck. The truck continues to be overhauled at the moment.

All three parts will come together in due course with all remaining work to take place at Lowestoft. There are no timescales for when the full restoration will be completed but all good things come to those who wait anyway don’t they?

In other tram related news from Carlton Colville, the Society are currently progressing the purchase of a proposed new tram depot (with the current already pretty full – even before 488 arrives!) with the order now placed for the new building. Construction of the foundations of the building should take place during the summer with funding aided by a grant from Suffolk County Council.

Even more reasons to be excited about the future at the East Anglia Transport Museum! 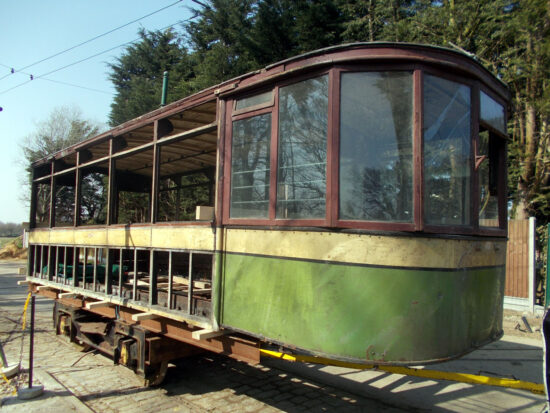 The top deck of Glasgow 488 having arrived at its new home for the first time. This is now the fourth country that the tram has resided in for any length of time. 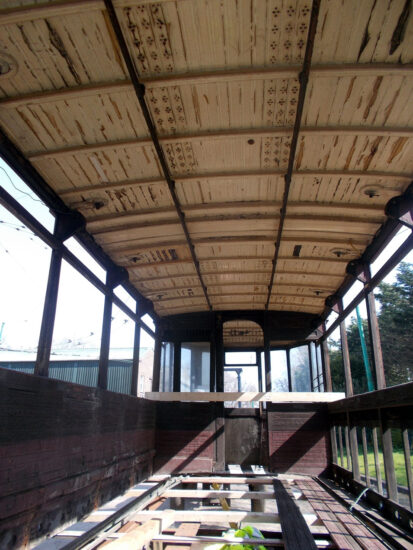 Inside the top deck – looking a little drafty! 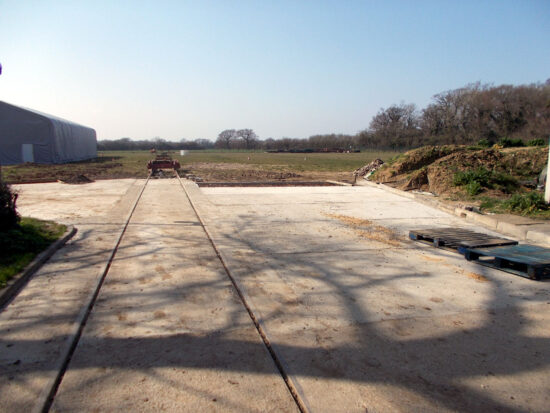 The extension of the museum site is seen here with a newly enlarged area of roadway now in place. This has been constructed around the extended tramway and will serve the new depot and form a small part of the trolleybus route into the new site. (All Photographs by Tim Major)