Posted on Saturday 26 March 2022 by Gareth Prior

The latest set of engineering works on the Manchester Metrolink system started on Sunday 20th March with rail replacement works taking place in Piccadilly Gardens, along Aytoun Street/Piccadilly Place and in the Piccadilly Station undercroft itself. During these essential works no trams were able to run to Ashton with 1CC also closed so cross-city services were all diverted via 2CC giving this route a very intensive service for the duration of the work.

The week-long closure – due to remain in place until the end of service on Saturday 26th March with the following day seeing normal services resuming – saw the following revised service running:

As well as all stops on the Ashton line being closed, the city centre stops at Shudehill, Market Street, Piccadilly Gardens and Piccadilly have also seen no trams running to or from them. A replacement bus service was running between Victoria and Piccadilly for those passengers who wanted to travel between the two mainline railway stations whilst a further bus service ran between Deansgate-Castlefield and Ashton. 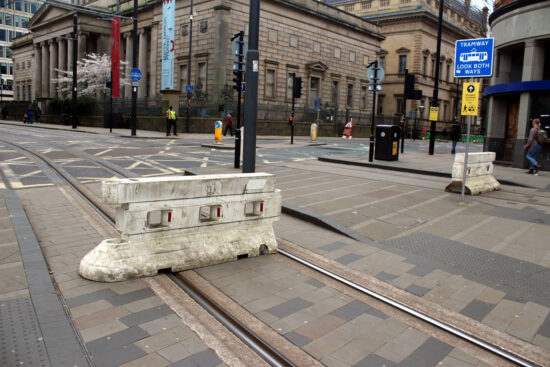 At St Peter’s Square these barriers are in place across the line on 1CC to stop any trams from accessing the closed section. 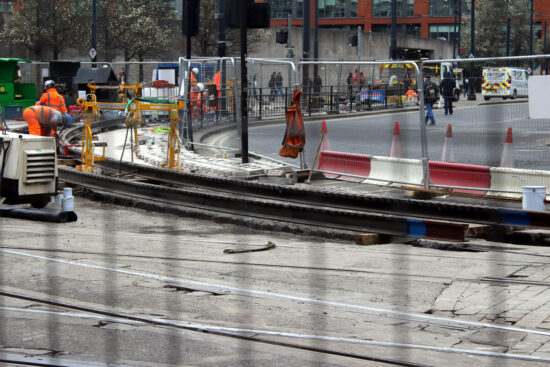 In Piccadilly Gardens where work was underway on replacing the outbound curve from the stop into Mosley Street. 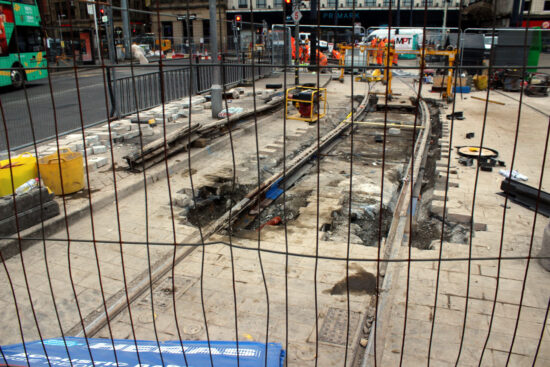 Another view in Piccadilly Gardens. The block paving has been removed, old rails have been cut out and placed the side and the new track is now being installed. 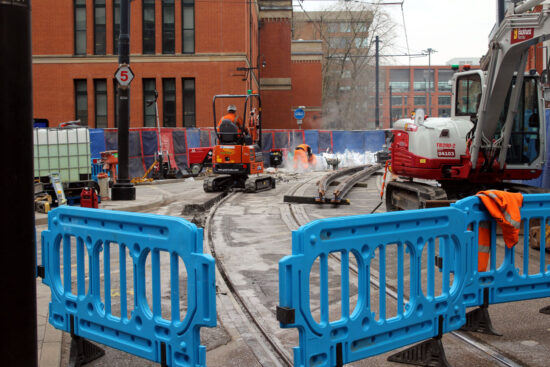 Moving along to Piccadilly Place/Aytoun Street where work was underway to remove the old track. New track waits alongside to be installed. (Photographs x4 by Gareth Prior, 21st March 2022) 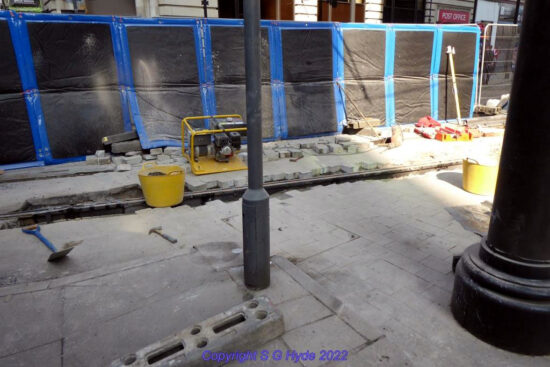 Three days later and we return to the top of Mosley Street where the curve from Parker Street into Mosley Street is still being worked on. 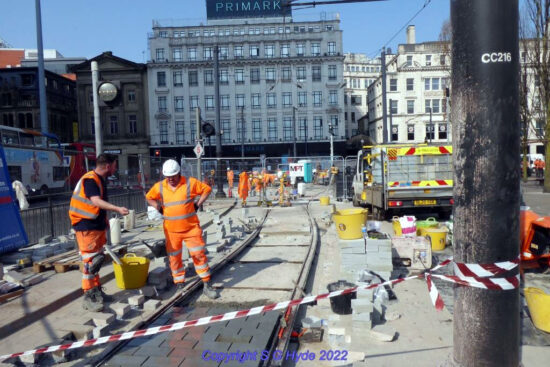 More evidence of the track renewals in Parker Street where the curve into Mosley Street is being renewed. The rails are now in place and paving is being reinstated. 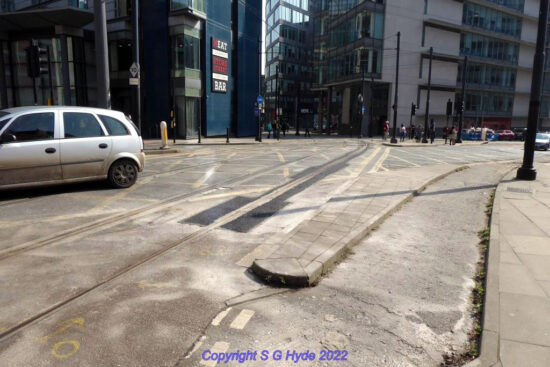 Work had been finished at the junction of Aytoun Street and Auburn Street with just the fresh tarmac as evidence it had ever taken place. 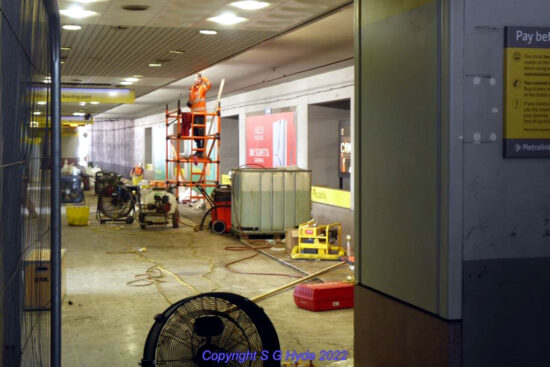