In Pictures: Standard 143 starts testing on the Prom

Posted on Wednesday 9 March 2022 by Gareth Prior

The Fylde Transport Trust’s Blackpool Standard 143 has finally broken cover from the confines of Rigby Road Depot with testing and mileage accumulation commencing on Wednesday 9th March. This was the first time that the tram had run under its own power on the Prom since its ill-fated launch night on 23rd September 2019.

As revealed earlier this year, 143 has had its faulty motor replaced over the winter to allow it to operate once more and after a period of static testing at Rigby Road it has now been possible for the tram to head out onto the Prom. This is the first time it has been seen outside the depot since Anniversary Weekend in 2019, with its last Prom appearance being when it was towed to and from North Pier and Tower for display after it had failed on launch night a few days earlier.

An extensive period of testing and mileage accumulation will follow to make sure that everything is as it should be before details of a planned re-launch will be formally announced. It is hoped that this may be around Easter but that is dependent on the testing being a success and further details will follow in due course about its return to service. 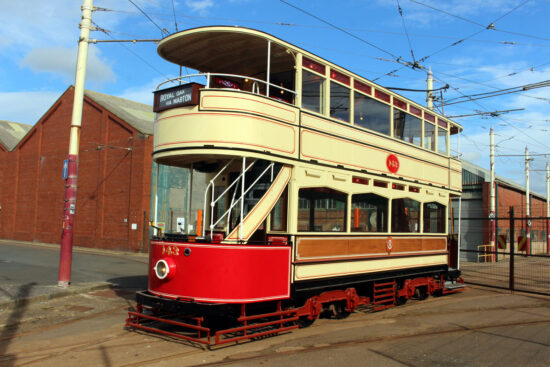 143 looks resplendent in the sun standing outside the depot gates. 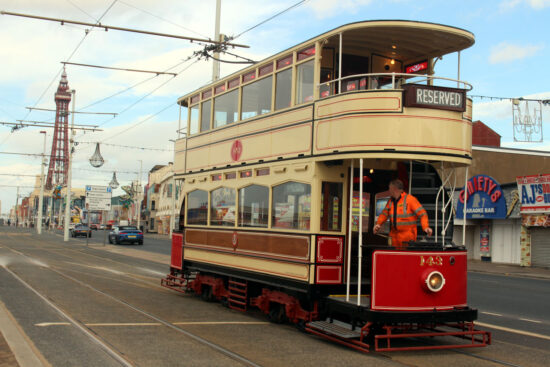 Out on the Prom and having used the crossover at Foxhall the tram now heads south on its first foray out again for two and half years. (Both Photographs by Tony Armitage, 9th March 2022)

2 Responses to In Pictures: Standard 143 starts testing on the Prom