Around the World in Trams: Tallinn 173

Posted on Saturday 12 February 2022 by Gareth Prior

The next stop on our world tour of trams is Tallinn in Estonia.

The tram network in the Estonia capital city of Tallinn is a 3 foot 6 inch gauge 20km network. All the lines of the network meet in the city centre forming a rough cruciform shape. Trams first ran in the city in 1888 (horse) with steam trams following in 1915, petrol trams in 1921 before electrification finally came in 1925. Its only 3 foot 6 inches since 1931; before then it ran on the unusual gauge of 5 foot.

During this visit on 17th July 2010 we start off with an image of no. 173 working on route 4. This tram is a Tatra KT4D which was new to Erfurt in Germany before being transferred to Estonia during 2009 – only around a year before this image was captured. 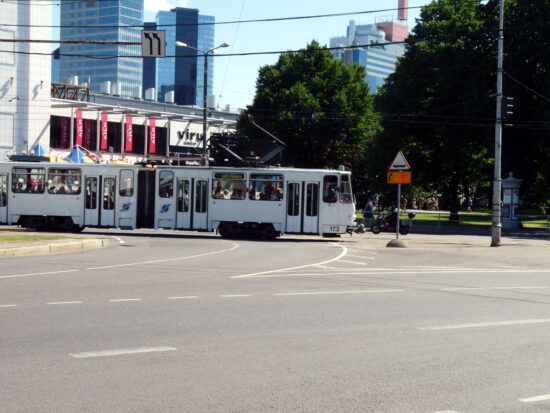