Posted on Thursday 3 February 2022 by Gareth Prior

Its all about the temporary termini on UK tramways at the moment – we’ve had one at Bull Street on the West Midlands Metro for over six months and will see West End becoming one for a couple of months soon on Edinburgh Trams. Completing a trio of temporary terminus should be the most temporary of all with Fisherman’s Walk in Fleetwood due to be in use for this purpose for up to eight weeks allowing gas mains replacement works to take place. This article takes a trip to the northern extremities of the Blackpool Tramway to show the current arrangements.

Trams from Starr Gate have only been running as far as Fisherman’s Walk from Monday 31st January with the work due to carry on for up to eight weeks. Cadent are working on replacing the gas mains along Lord Street with state of the art equipment which has necessitated this temporary closure. It will affect both the core tram service and the heritage Coastal Tours during this period. For the core service it means trams run Starr Gate to Fisherman’s Walk throughout these eight weeks. We queried last time we reported on this what it meant for Coastal Tours and their 40 minute break in Fleetwood and the answer is not a lot! With the exception of trams only running to Fisherman’s Walk there will be no other changes to the tour including the 40 minute break to explore the area with the tram running North Pier and Tower-Fisherman’s Walk-North Pier and Tower. 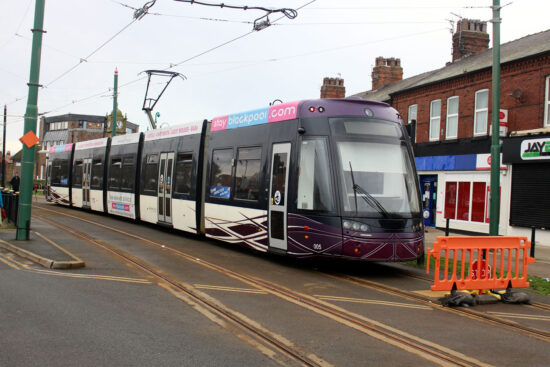 005 has terminated at the stop and now drawn forward to the barrier. The driver will now change ends, use the crossover and start its journey back to Starr Gate from the usual platform. 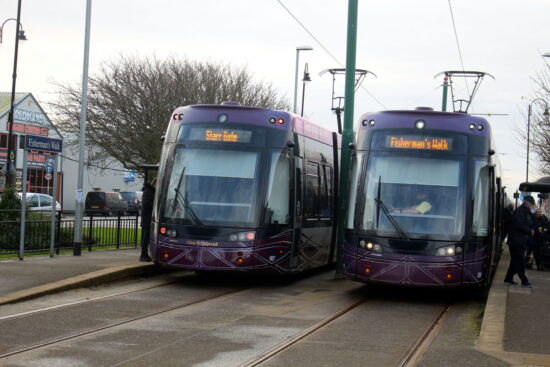 The stop at Fisherman’s Walk is seen with 007 getting ready to return to Blackpool as 006 has also arrived and passengers now disembark to continue their journey on foot or by bus. 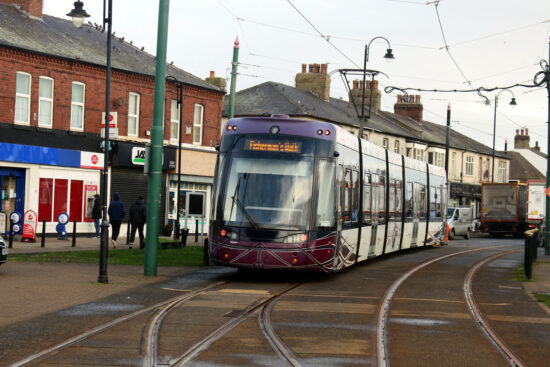 We then see 006 at the end of the current line with the crossover just in front of the tram. 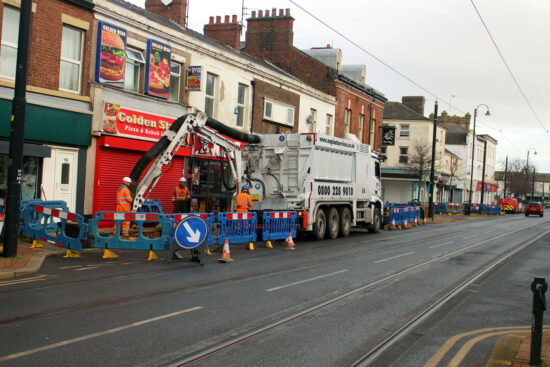 And the reason for the works on Lord Street is seen here. (Photographs x4 by Tony Armitage, 2nd February 2022) 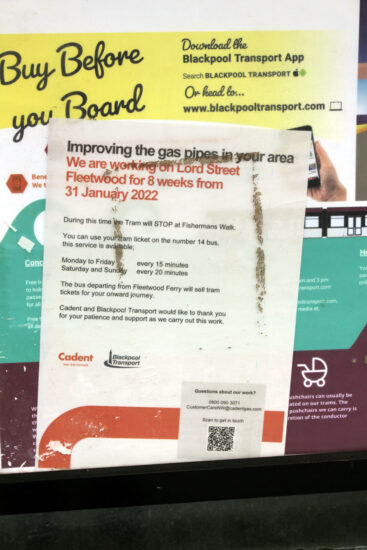 This is the sign at Fleetwood Ferry telling any prospective passengers that trams are stopping at Fisherman’s Walk.