In Pictures: Southampton 45 in Kimberley

Posted on Saturday 29 June 2013 by Gareth Prior

Southampton 45 made a trip on a low loader to Kimberley in Nottingham for one day only to help the town celebrate the centenary of the “Ripley Rattlers” tram system. 45 was chosen to go on display as it is of a similar type to the tramcars which did operate on the Nottinghamshire and Derbyshire Tramway which started operating in Kimberley in 1913.

Having been loaded at its current home of the Crich Tramway Village onto the familiar sight of a Scotts Heavy Haulage low loader on Friday 28 June, 45 was transported the fairly short distance to Kimberley in time for it to be on display on Saturday 29 June. It was displayed, still on the low loader, in the rather bizarre location of a Sainsbury’s Car Park as part of a free event in the town centre which also included a Victorian themed market. 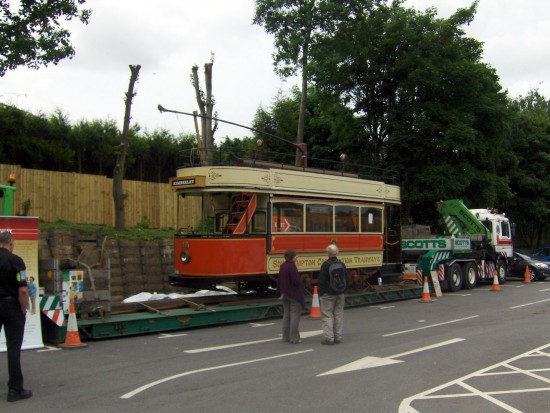 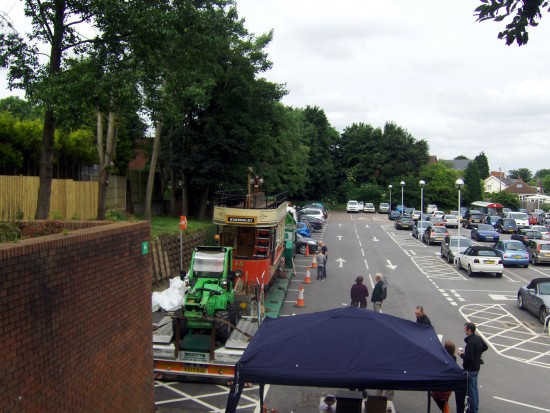 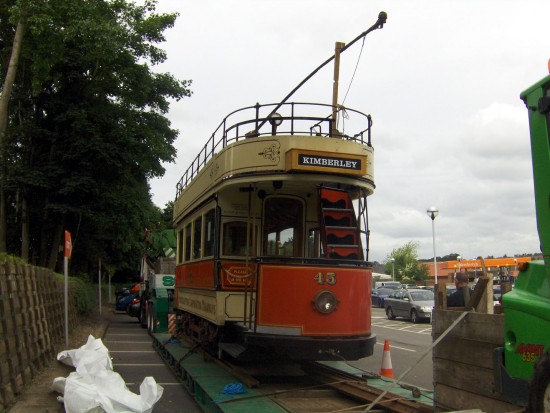 Three views of Southampton 45 in Sainsbury's Car Park, Kimberley during a brief visit on Saturday 29 June to celebrate the centenary of the "Ripley Rattlers" tram system. Note the temporary destination stickers stating "Kimberley" which were affixed for the day. (All photos: Keith Hopkinson)