Southampton 45 to visit Kimberley – this weekend!

Crich Tramway Village have announced that Southampton 45 will be paying a brief visit to the Derbyshire town of Kimberley on Saturday 29th June. The tram will be attending a celebration to mark the centenary of the ‘Ripley Rattlers’ tram system, as it is the closest surviving vehicle to those which ran there.

The original ‘Ripley Rattlers’ earned their dubious nickname thanks to the bumpy route, which was once dubbed the worst in the country! The tramway ran from 1913 until 1932, but sadly none of the tramcars survived. Laura Waters from the National Tramway Museum’s Curatorial Department, said: “Southampton 45 is of a similar size and style of those that would have run though this area”, hence the decision to lend it out. There are some differences though, most notably the knifeboard seats on 45‘s open top deck.

Few details are available about the exact nature of this event but presumably it will be a very short term loan, similar to the recent static appearances of Chesterfield 8 and Grimsby & Immingham 14 in their former home towns.

Sadly, 45 is not currently part of the operational fleet and was expected to be confined to the Exhibition Hall throughout 2013, so this unusual event could well provide the only opportunity to see it out this year. Any additional information on this unexpected and very welcome development will of course be published here at British Trams Online as soon as possible. 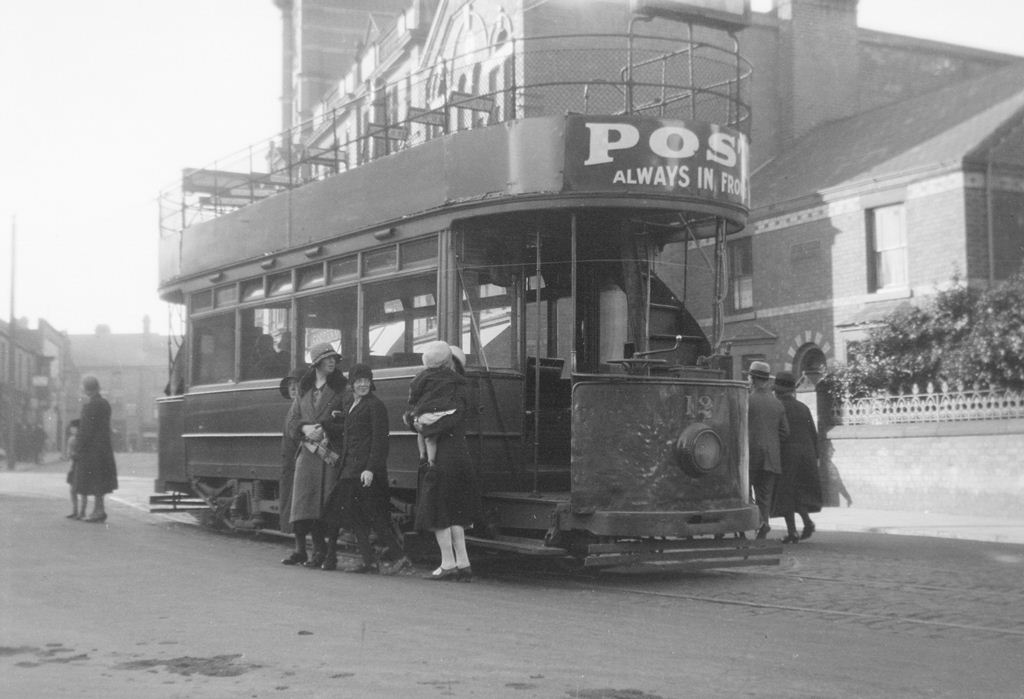 A classic image of one of the 'Ripley Rattlers', showing the similartites between the trams of this long-lost system and the familiar Southampton 45. (Photo courtesy of the National Tramway Museum archives)

3 Responses to Southampton 45 to visit Kimberley – this weekend!