Around the World in Trams: Ballarat Horse Tram 1

Its time to head back to the Ballarat Tram Museum as we feature a horse car.

Built in 1887 as a double deck horse tram in 1887, after conversion of the tramway to electric operation it was converted to a trailer car and remained in service until the late 1920s. Like so many trams around the world it was sold on for further use and became a residential outbuilding. There it remained until 1985 when it was rescued for preservation. Work was completed by 1992 and it entered service at the museum and remains operational today although its use is limited.

We see the tram stored in the depot here. 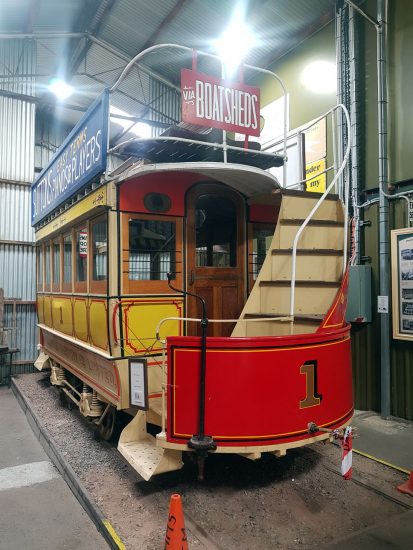