Its that time again where we head into the photographic archives for another edition of “Picture in Time” – and we’re on the Isle of Man again.

In this week’s photo we have returned to Derby Castle Sheds where this photo taken on either 12th or 13th September 1990 shows a number of motors and trailers at rest. But the one which is featured the most prominently is 26 – a Paddlebox Crossbench car built in 1898. A car which is now withdrawn and stored at Laxey Car Sheds back in 1990 it was still a member of the operating fleet but obviously wasn’t required for service on this day.

We can also see a Crossbench to the right and behind 26 with a couple of trailers also visible in this shot. 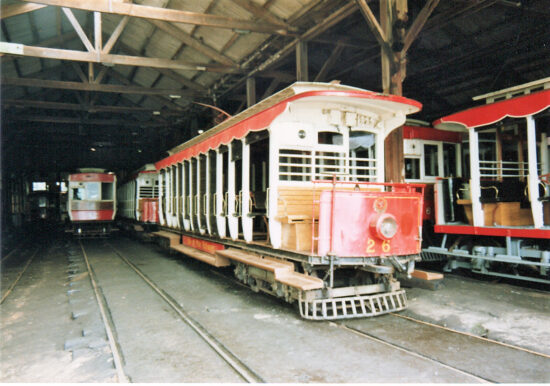