In Pictures: Overhead goes up along Talbot Road

Posted on Thursday 18 November 2021 by Gareth Prior

From tiny steps to giant leaps in no time at all – that seems to have been the story of the construction works in Blackpool for the extension along Talbot Road since it began and today we report on a significant leap as significant sections of overhead wire has now been installed with just the final few metres to be completed within the old Wilko’s site.

When we last brought you an update from Blackpool we saw that span wires were being installed actually within the Wilko’s site on the overhead poles which had only been put up a few days earlier. But now a few days later and the overhead installation has moved on from just the span wires to the actual overhead. So far, the complete overhead had been strung from the junction with the Prom line all the way up Talbot Road and into Wilko’s up to the scissors crossover. The final few metres beyond then still requires attention but this is possibly the most significant progress we have seen in one go for quite some time.

Although this is excellent progress it doesn’t mean we are going to see trams running up Talbot Road in the short-term as there remains work to be completed on items such as the signalling whilst a frog still needs to be installed in Talbot Square and of course the tramstops need to be fully kitted out. But despite that it is definitely an important step to trams starting to run to Blackpool North Railway Station at some point during 2022. 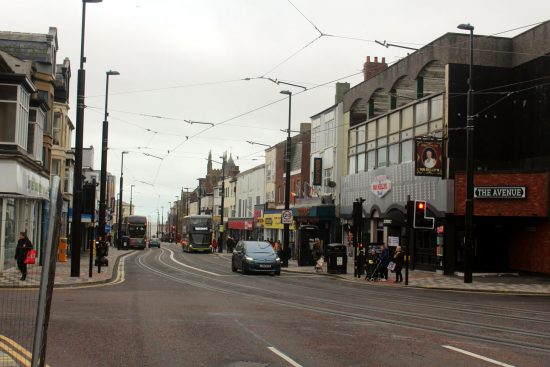 Looking down Talbot Road from opposite the entrance to Wilko’s showing overhead as far as the eye can see towards the Prom (unfortunately grey skies don’t allow for the wires to be easily discernable!) 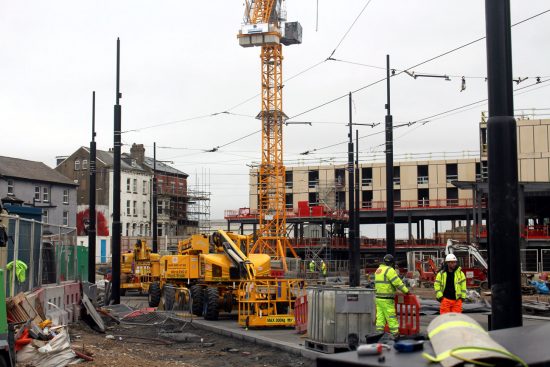 Into Wilko’s and the overhead up to the crossover is now in place. 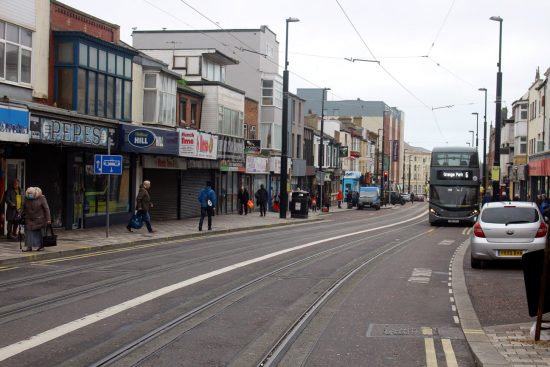 Back towards the Prom and as a line 6 bus is at the temporary bus stop we can again see the overhead in place. 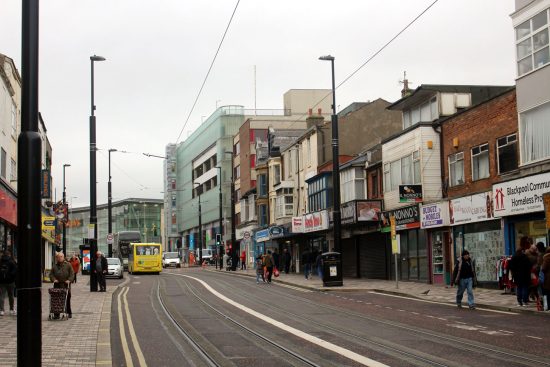 Sainsbury’s is in the distance with the overhead in situ. This is looking up towards Wilko’s and the terminus. 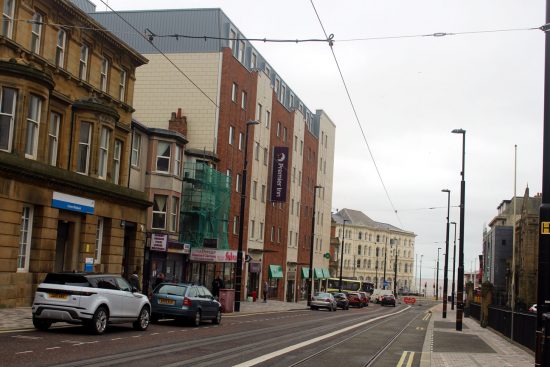 The new Premier inn is on the left with Talbot Square beyond. 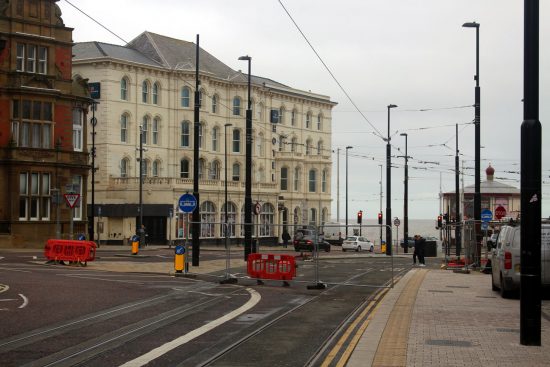 Towards Talbot Square which remains barriered off. The new one-way only tramstop is visible in the foreground. 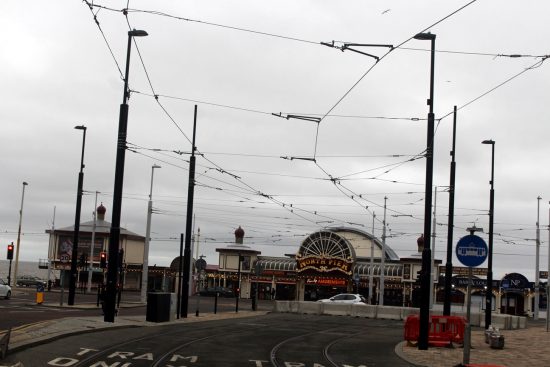 Talbot Square itself where the wiring has been in place for several months and is thought to require a further frog installed. 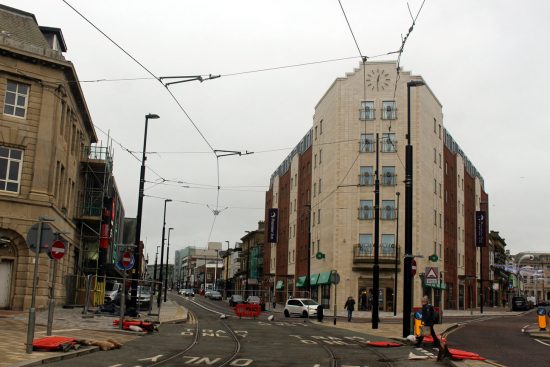 The final view is looking from the Prom up Talbot Road. (All Photographs by Tony Armitage, 18th November 2021)