Posted on Sunday 12 September 2021 by Gareth Prior

And on we go northbound on the Blackpool Tramway taking a look at the stops of the tramway reaching Cavendish Road in this edition of “Stop by Stop”.

The journey north from Lowther Avenue is fairly uneventful although we do pass the old Miner’s Home on the right not long before we arrive at Cavendish Road. Its pretty much the same as most other stops on the tramway with platforms either side of the tracks, shelters on both along with stop signs, information, adverts and lighting. As with many of the stops the southbound stop acts as the continuation of the footpath as well. 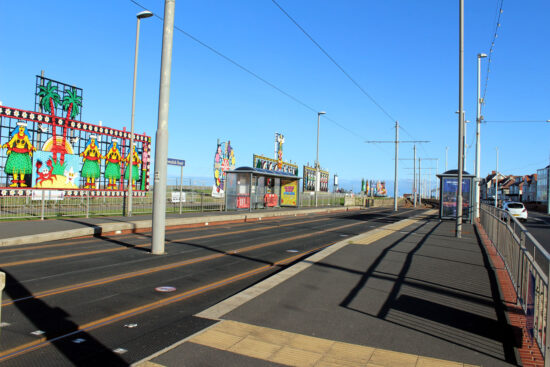 This photo looks towards the north at Cavendish Road stop. The platform closest to the camera is that for trams heading south. You can just see the station building at Bispham in the distance too. 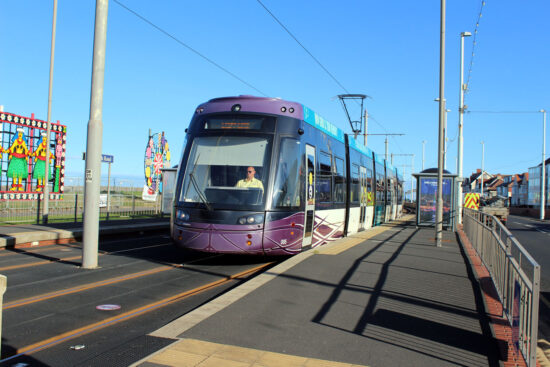 005 at Cavendish Road with a southbound service to Starr Gate. 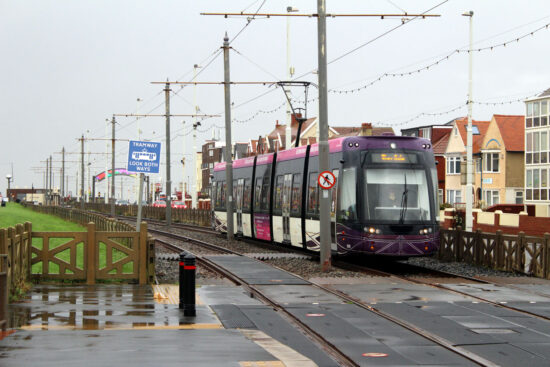 A wet 27th September 2019 greets 009 as it arrives at Cavendish Road with a service for Starr Gate. (All Photographs by Gareth Prior)