Following numerous unavoidable delays, it is extremely pleasing to be able to report that final approval has now been granted for the construction of a new tram depot at the Heaton Park Tramway in Manchester. Tuesday 28th May was the landmark day when the lease on the site, close to the park’s large boating lake, was signed by all of the relevant parties, officially confirming that building work can begin imminently.

Representatives of the Manchester Transport Museum Society and the local Council, as well as the Manager of Heaton Park, were all present to witness this proud moment. MTMS Chairman Bob Hill was on hand to sign the lease as was Derek Shepherd, who is the Project Leader. Various red tape has delayed this happening for several months; due to the new building being located within the grounds of a public park, the fact that the site was being offered for lease had to be advertised to allow locals to give their views on the plans and air any objections. Thankfully this was not an issue and all concerned are now satisfied that the work can go ahead.

Construction of the building – which will officially be known as Lakeside Depot – is expected to commence within the next few weeks, and should allow more of the Society’s collection of trams to move to the park and be accomodated undercover later this year. If pledged donations are included, there should be sufficient finance to begin the project although it is hoped that visible progress will encourage further donations to assist with the completion of the MTMS’ most ambitious project to date. Money raised by the depot appeal will also contribute to the considerable costs of moving trams from various storage sites to Heaton Park, which should result in a greatly enlarged tram fleet before 2013 is over. Any surplus funds will be set aside to be spent on a planned Phase 2 of the depot project, which would see the building extended to allow even more trams to be securely housed on site.

Immediate beneficiaries of the Lakeside Depot will be Leeds 6 and Heaton Park ‘Vanguard’ 7, both of which are presently stored outside due to a shortage of covered accomodation at the park. Other trams that are likely to benefit from the increase in depot space should include the trio of Blackpool cars currently stored in the open at Bury, although a statement from the MTMS suggests that there may be some surprises as to what the trams that move into the new depot will be! It certainly appears that 2013 will be a landmark year for this heritage tramway, and after a few negatives this will hopefully represent the start of a much more positive period for the line. 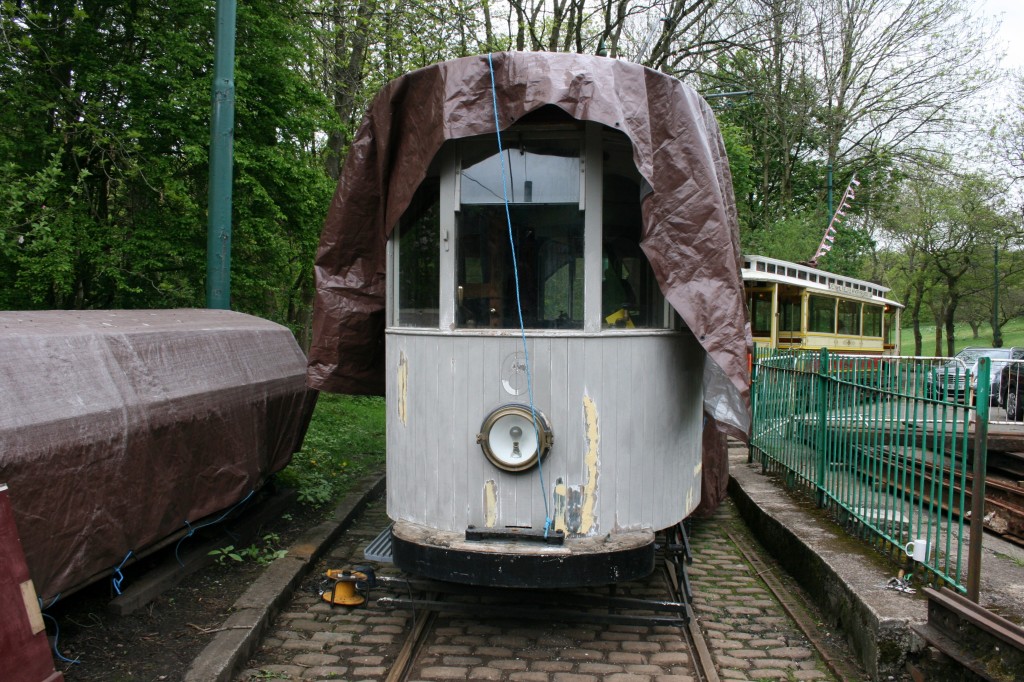 Seen with its dash panel stripped down for attention, Leeds 6 remains in outside storage at present, but by the end of the summer this tram and others should be safely housed inside the Heaton Park Tramway's second tram depot. (Photo by Joe Savage)