Posted on Friday 5 March 2021 by Gareth Prior

It seems that what was originally due to be a two week disruption to Blackpool Tramway services is being extended again with no end date now having been announced for when a full service may resume. The trackworks taking place on the northern section of the tramway need extra time to complete and as they are finished the northern terminus is being continually changed. As the last week has progressed the temporary northern terminus has gradually got further north – first Bispham from 1st March and then Little Bispham from 4th March. In this article Tony Armitage provides images of trams at Little Bispham. 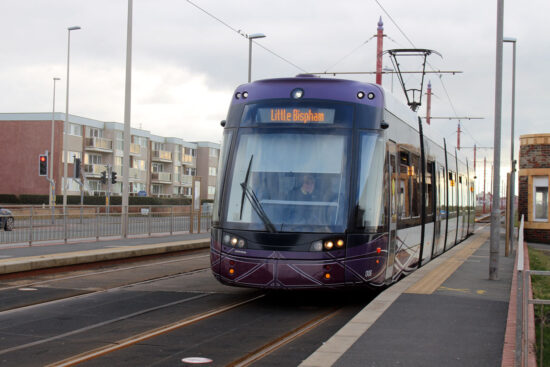 With the Little Bispham destination clearly shown on the front of the tram, 008 has just arrived at the temporary terminus and gets ready to head around the loop and then back to Starr Gate. 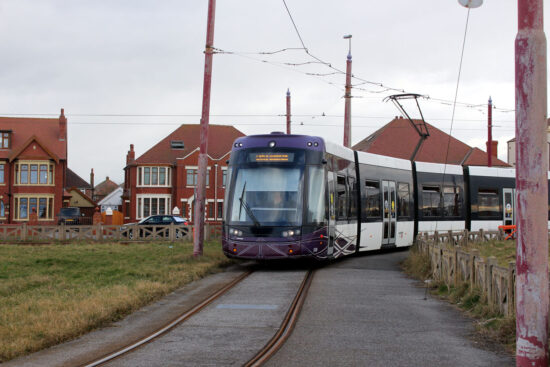 008 then starts to make its way around the loop. 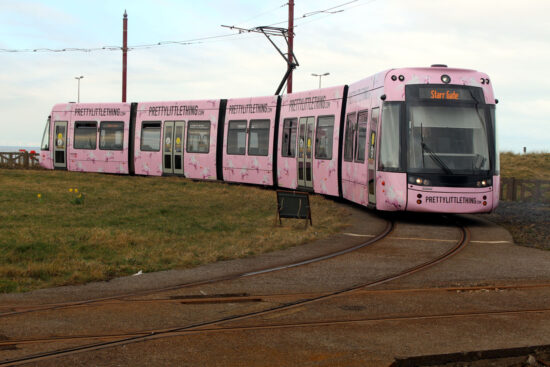 016 stands on the loop about to come off and start to head off south to Starr Gate. 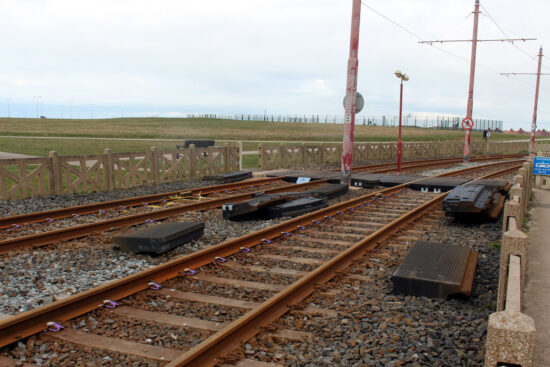 Slightly further to the north and parts of the rubber based crossing across the tracks is still by the side of the tracks at Melton Place. (All Photographs by Tony Armitage, 4th March 2021)