Around the World in Trams: Den Haag 5017

Posted on Saturday 20 February 2021 by Gareth Prior

Today we have another look at the trams in Den Haag,

Featured in this photo is Siemens Avenio 5017 which is seen as it rounds the curve between Centrum and Buitenhof on a route 17 service to Wateringen Dorpskade. With a cycle lane and cyclists alongside there is distinct Dutch feel to this image but with a tangle of overhead wires there is little to enhance the urban streetscape here. While on 4th July 2017 this route ran in a loop around the city centre it has since been changed to simply terminate at Centraal Station. 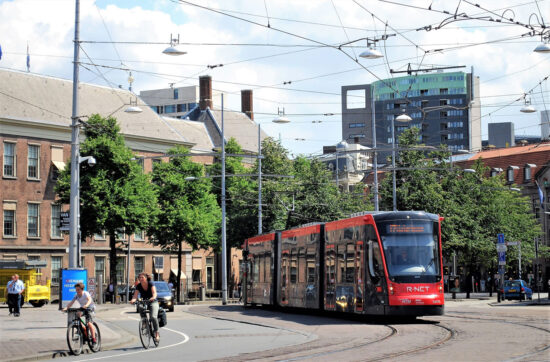