The two week programme of engineering works on the Blackpool Tramway has been continuing over the last couple of days and in this pictorial update we see some of the work being undertaken on the section north of Cabin up towards Cleveleys with new track and a tamper featuring. Tony Armitage went for a walk to see what was happening on 17th February 2021. 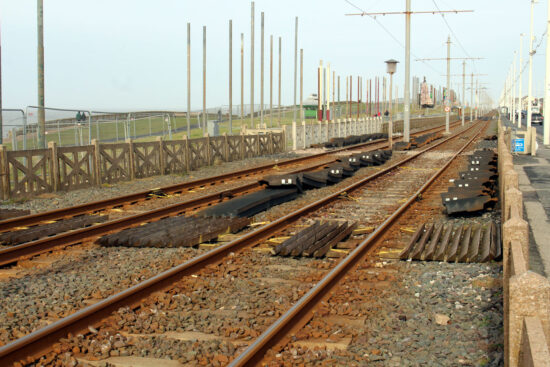 To allow for some of the work to take place some of the safety features between the tracks and crossings have had to be temporarily removed. This is the scene at St Stephen’s Avenue (to the north of Cabin with Lowther Avenue stop in the distance) where the crossing surface can be seen at the side and in between the tracks. 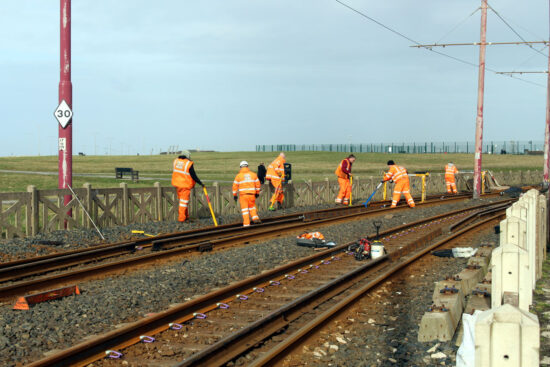 Melton Place – which is just to the north of Little Bispham – where workmen are in evidence as new track is laid. Note the spacer being used to check the track remains at the correct gauge. 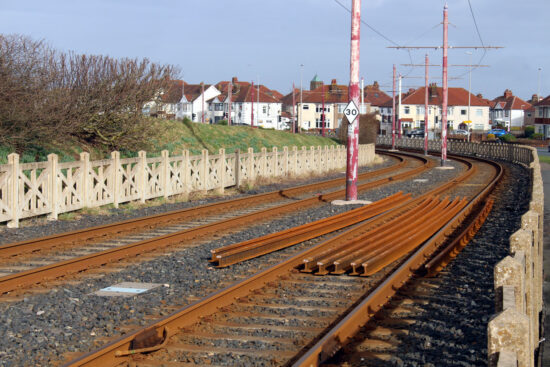 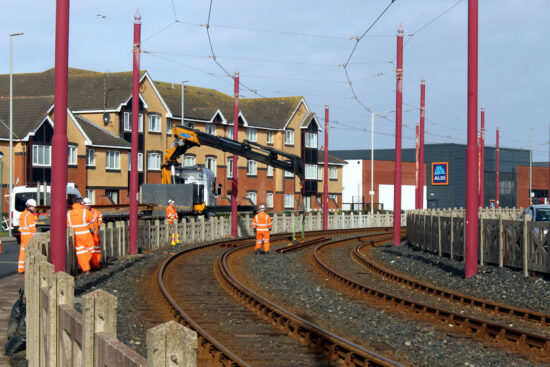 This is Orion Curve on the approach to Cleveleys where track is being delivered in preparation for rails to be relaid here. 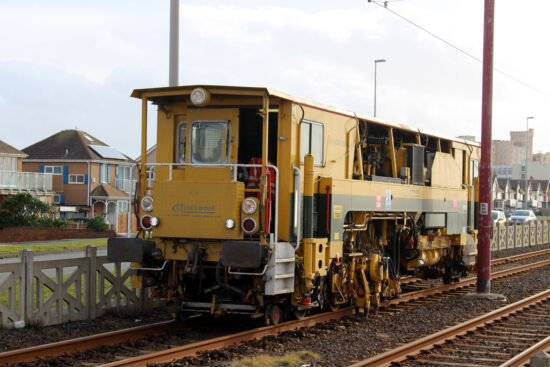 A tamper has been hired in to complete the work after new ballast and track has been laid. This is at Norkeed Road between Little Bispham and Norbreck. 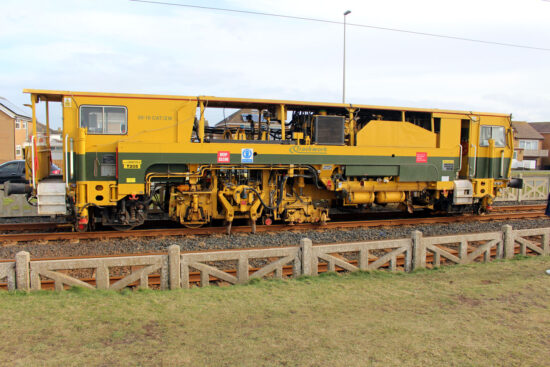 A side-on view of the tamper showing some of its equipment in action. 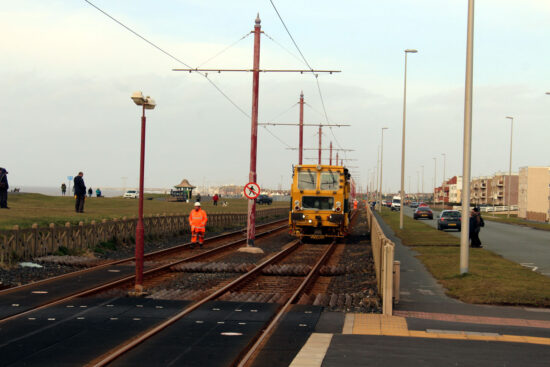 The tamper has attracted a (social distanced) crowd as it heads south along the tramway between Little Bispham and Norbreck. (All Photographs by Tony Armitage, 17th February 2021)