For the final time in this series for 2020 we head to Nottingham Express Transit to view a tram “15 Years Apart”.

With Nottingham having featured heavily in this series we’ve described the standard scene of these 2005 photos quite a bit but here goes again! On 9th June 2005 we see Incentro 208 standing at Station Street where it waits to depart with a service to Phoenix Park. Of course, no tram will stand here waiting for passengers now as it has been replaced with the new Nottingham Station stop on the new viaduct which runs over the railway station. 208 was in the stand fleet livery at the time and features a little bit of external advertising although only above the windows on a couple of sections. Whereas today it’s a struggle sometimes to identify which tram it is in Nottingham there are no such problems here as there are no fewer than three fleet numbers visible! 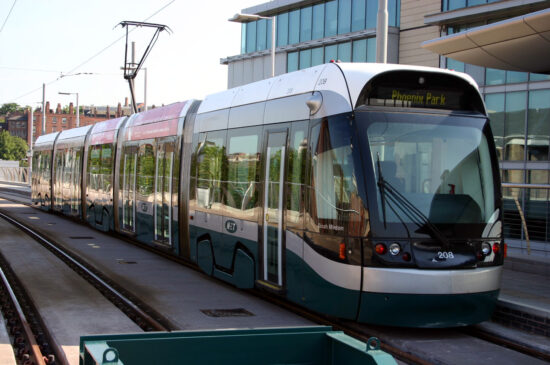 On 20th September 2020 and we see 208 again, this time in the current fleet livery which again features a black end section along with the familiar dark green and silver. The tram has just departed from Nottingham Trent University and now climbs towards the camera with a service for Clifton South on a quiet Sunday morning. 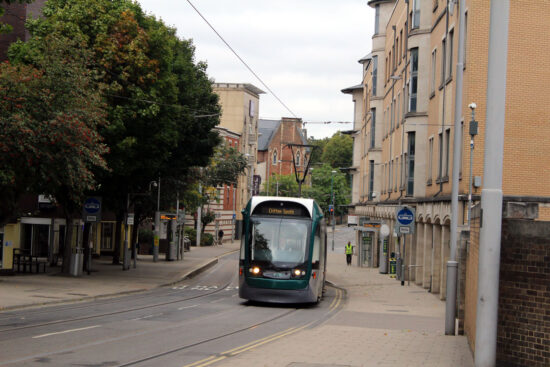