It is probably one of most famous remaining London tram landmarks – the Kingsway Tram Tunnel and it is the latest structure to feature in “Still Standing!”.

The Kingsway Tram Tunnel opened on 24th February 1906 underneath Kingsway and the Aldwych. Kingsway was a newly built road and the tunnel was built to link the LCC North London and South London tramway systems. Originally built for single deck tramcars it was rebuilt to accommodate double deckers in 1929/30 with reopening occurring on 14th January 1931. Trams continued to serve the tunnel until 6th April 1952.

Today the northern section of the tunnel under Kingsway is still there pretty much as abandoned in 1952 whilst the southern section under Aldwych was converted to the Strand underpass for northbound road vehicles on 21st January 1964. The entrance to this is a ramp off of Waterloo Bridge and the exit is the southern end of Kingsway. 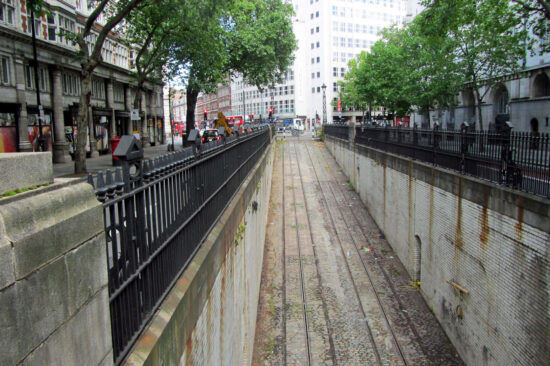 The Theobalds Road entrance of the Tunnel showing the track still in place, nearly seventy years since trams last ran. 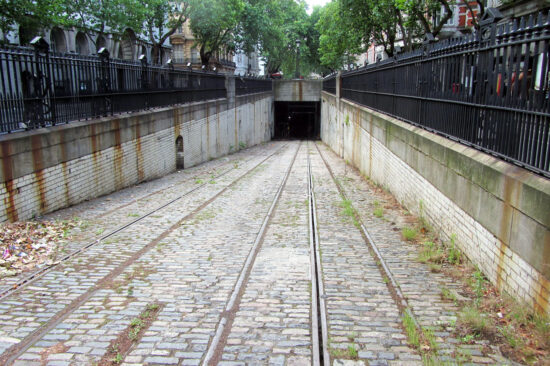 Another view of the Theobald Road entrance. The other entrance to the tunnel is still visible on the Embankment under the Eastern end of Waterloo Bridge although it has now been converted to a bar. 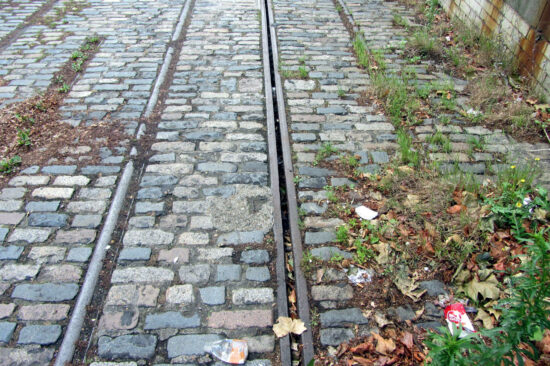 A close-up of conduit track at the Theobalds Road entrance. (All Photographs by Bob Hodges, 11th July 2020)