Whatever Happened To? Midland Metro 07

So far in this series of “Whatever Happened To” its been a case of “its been scrapped”, but this time we come to the first survivor of the T69s.

That tram is 07 which had made the journey from Italy to Wednesbury in August 1998 with arrival date being recorded as 4th August 1998. Of the T69s which would run on Midland Metro 07 possibly has one of the more interesting stories as it spent a long period out of service but had actually been the official first tram on 31st May 1999. It suffered a collision with a lorry in the early years of service and became a spares donor for a number of years before it was overhauled and returned to service in 2008, including a repaint into the Network West Midlands Silver and Magenta livery. It would remain in service until September 2014.

It didn’t have long to hang around Wednesbury Depot though as it was moved on 16th October 2014 to Long Marston for further storage. And that is where it remains today! It has been acquired by UK Tram and although it has remained unmoved since then it at least still survives today. 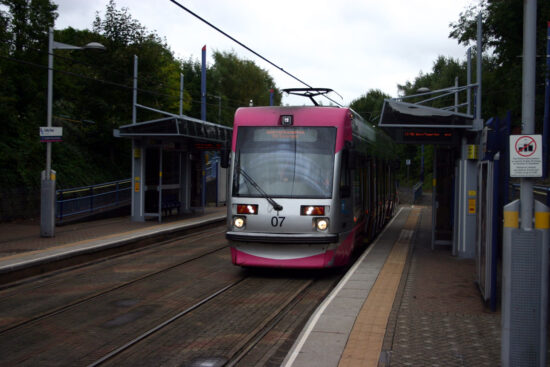 07 – in the Network West Midlands livery – calls at Dudley Street on its way to Wolverhampton St George’s. This is 4th October 2013. (Photograph by Gareth Prior) 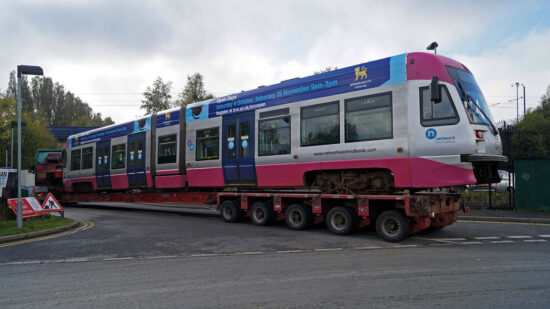 07 departs from Midland Metro on 16th October 2014, just a little over a month since it had last carried passengers. (Photograph by Andy Walters)