Another trip to Blackpool beckons for this latest edition of “15 Years Apart” as we feature our last Balloon Car for 2020.

Blackpool Balloon 701 is a tram which has now firmly established itself as part of the heritage fleet in 2020 but back in 2005 it was just another Balloon Car, albeit one which had some refurbishment work in the early 1990s, although before major changes started to be made in the shape of the trams. This 2005 image was taken at Tower on 9th September and shows the tram covered in an all over advert for Palm Beach Hotel which was on New South Promenade. This advert was still relatively new as it had only debuted in the July and would remain in place for a further three years. 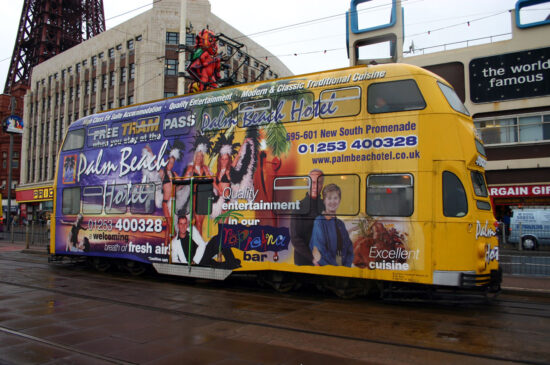 Getting up-to-date with 701 and in this image we see the tram at Gynn Square on 27th September 2020 as it returns from Little Bispham as part of the Parade to mark 135 years of the Blackpool Tramway with the tram representing the Balloon Car. It has now lost its advert and is in this Routemaster inspired red and white livery which it had carried for a time in the 1990s. 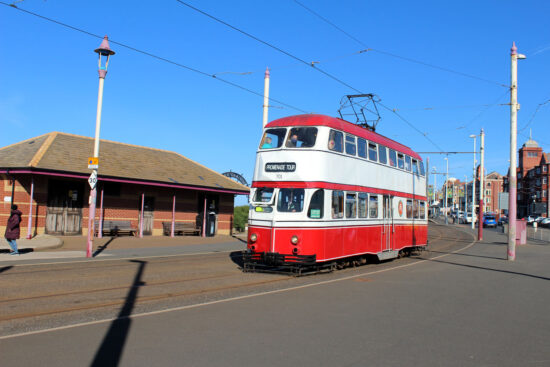