Around the World in Trams: Berlin 1552

Its another trip to Berlin for this week’s “Around the World in Trams”.

In this photo taken on 4th February 2018 we see 1552 at Mitte Am Kupfergraben having just terminated with a route 12 service. There is a temporary tramstop here which advises that trams on route 12 are taking a diversionary route. As with all the Berlin trams we have seen in this series 1552 has been refurbished since first arrived in Berlin starting off as no. 1052 but being renumbered 1552 in 2015 when it was reclassified from a FT6N to a GT6U. 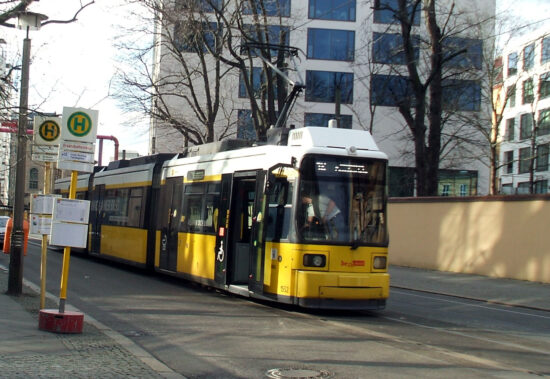