The third of our “December extra” articles will be the return of “15 Years Apart” which although possibly not being as comprehensive or varied as it may have been will still be featuring for a lot of this month. We start off by heading to Blackpool as we take a look at Blackpool Balloon 700 in both 2005 and 2020 – and as we all know it has seen a change!

In 2005 700 has gone through the works for its pseudo heritage overhaul which had seen it receive some original features – including the twin destination indicators – as well as some more modern additions which included the fitting of halogen headlights. At the same time it received the always popular Wartime Green and Cream livery style and as the original prototype of the fleet it would retain its popularity throughout the last years of the traditional tramway. This image was taken on Bold Street, Fleetwood on 6th September 2005 in between operating on the timetabled service to Starr Gate. 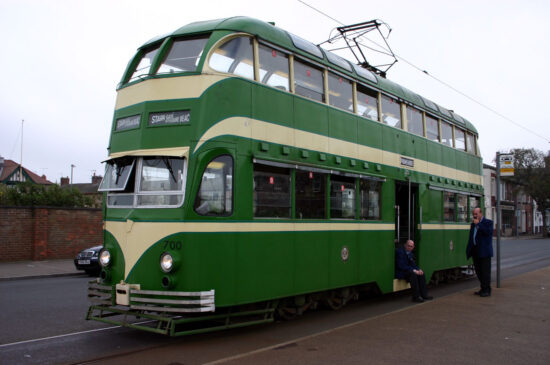 By the time the second photo was taken on 25th September 2020, 700 had been through the works again with this being, with some enthusiasts, a controversial move which saw it receive the widened centre entrances to allow it to operate on the upgraded tramway and stop at the platforms. This work took place in time for limited use in 2011 when it ran in a ghostly white livery before it received the purple “Flexity” vinyls in time for 2012. As we all know now its use on normal service since has been limited with it more likely to be seen on heritage tours. In this image we see 700 having just passed West Drive just north on Cleveleys on driver familiarisation. The date is 25th September 2020. 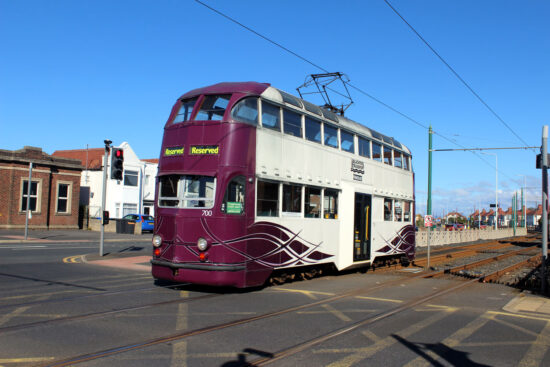